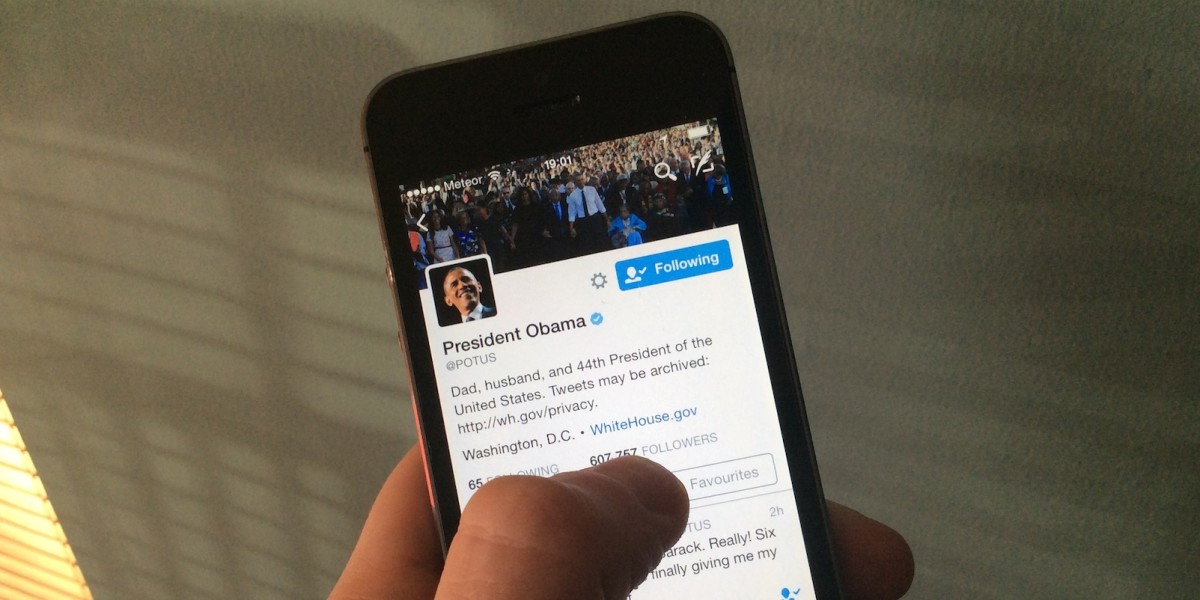 President Obama fired up the @Potus Twitter account for the first time earlier today and, with one tweet, he’s already rocketing towards a million followers, at the time of writing.

I used follower analytics tool SocialRank to take a look at who’s amongst the initial influx. It’s good news for YouTube stars, but not so flattering for Vice President Biden.

The rest of the list is made up of Barcelona defender Gerard Piqué (who has over 10.6 million followers), singer Solange Knowles (sister of Beyoncé), basketball legend Scottie Pippen, soul singer John Legend, Glee actor Darren Criss and the Smithsonian Museum.

SocialRank’s co-founder and CEO Alex Taub says its Most Valuable Follower measure shows an account’s “most in-demand, important and potentially useful followers” and takes into account many data points including “reach, verified status and how many tweets they post per day.”

Update: FLOTUS has taken her rightful place as POTUS’ most valuable follower and someone at Marvel is seriously on their game…

Read next: Can't wait for Shark Week? Get your fix by following the shark that's taking over Twitter