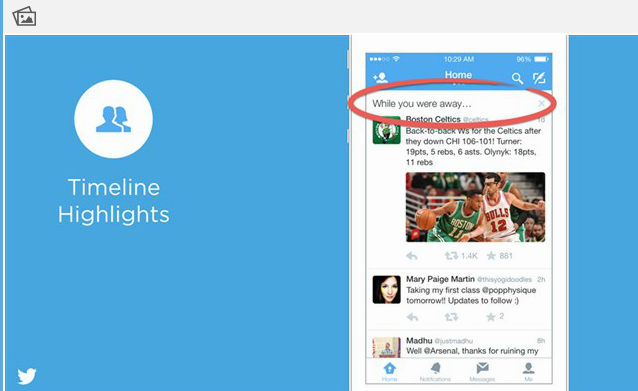 One of the features Twitter revealed at its November analyst day has started rolling out. ‘While You Were Away’ recaps notable tweets that have been published since you last opened up your timeline.

As TechCrunch notes, a number of users have spotted the feature in recent days.

OMG, it appears Twitter is testing a Facebook-like algorithm for the Home stream called "While you were away…" pic.twitter.com/CpQQMLp0VO

Of course, some of us spend all day glued to Twitter anyway, so maybe we’ll never actually see it (I swear I sleep-tweet sometimes too). Others are hoping for more substantial product updates in 2015, not just ways of boosting engagement with the current product.

Read next: Our sorry state of technology: let's do better in 2015 shall we?