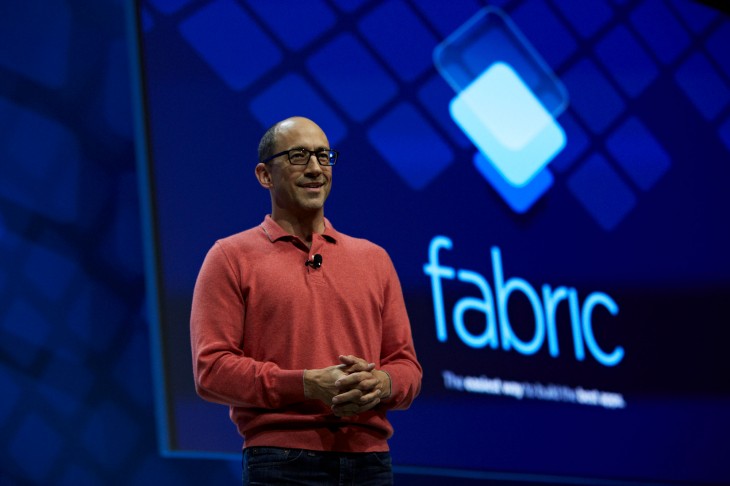 At its first developer conference Twitter CEO Dick Costolo announced Twitter’s new modular SDK, Fabric, to the assembled developers. But more importantly it may have introduced a way to do away with the broken password system.

The new SDK is actually three kits. One for Twitter, one for MoPub, Twitter’s ad network, and the last one for Crashlytics, Twitter’s crash reporting solution. Developers can drag and drop whichever portion of Fabric SDK they want to use into their IDE (Integrated Development Environment) without having to bloat their workflow with features they don’t need. The plugins are available for Xcode for iOS and Eclipse and XI for Android.

Fabric helps developers by showing where to inject code into their apps. For example, developers can now quickly add embedded media support to their Twitter clients. The current system is convoluted and requires a ton of developer resources.

The Twitter kit also gives developers more control over button placement and the tweet composer. The MoPub kit plugs developers directly into Twitter’s ad marketplace while the Crashlytics kit is gives you deeper access to your crash reports with a daily aggregated report of your app’s problem.

Twitter did note that it was doubling down on the Android NDK which should be good news to Android game developers.

The social network also introduced seamless single sign on. Developers can add a Twitter sign-in button in their apps. Certain developers can even ask users for their email address during sign up.

The biggest new feature from the Twitter kit is a feature called Digits. It gives apps the ability to sign up new users with just a phone number. Instead of having to remember yet another sign in and password, the account would be tied to the one thing that’s unique to you. Well, besides your government ID number.

Twitter insists that Digit signins are not a Twitter account. It’s a new account for a developer’s app and is completely white labeled so developers can set the theme of the login. Digits is launching today on iOS, Android and the Web and is free.

Once your number is associated with an account, a token is used to verify your identity in the future. Twitter powers the system and “then gets out of the way,” according to Costolo. It’s a bold new way of thinking about verification that could replace the painful and rarely secure password system we use now.

But it expands Twitters reach beyond your tweets. If developers adopt this system, Twitter will be everywhere in the mobile app space. Even your friends that think Twitter is a waste of time will end up being customers in one way or another.

Read next: 2015 Challenge Cup Kicks off: Here are the winners from Washington, D.C.