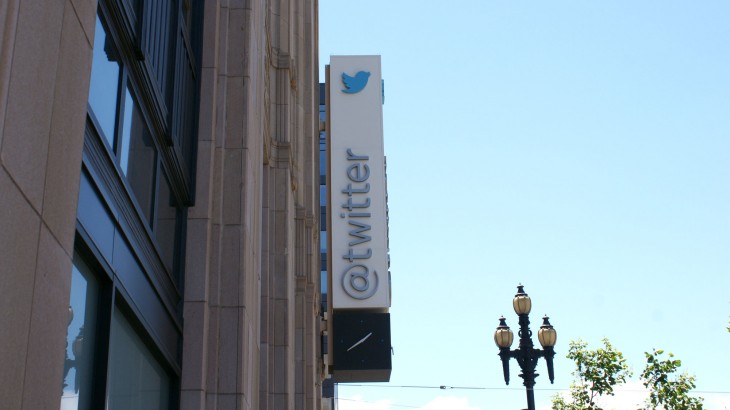 This week, Twitter rolled out an overhauled onboarding experience for new users of the social network.

We previously ran the old one through its paces and thought that the experience showed why the company is struggling to grow, but does this new one fare any better? We signed up for a new account to find out.

The signup screen the company uses is still the same as before; it still recommends awful usernames like @6wzSZN1Cyuj6gpZ, which I chose for my shiny new account.

The step after this is where the new onboarding wizard starts. On the old wizard, you were given a blank timeline and walked through how to use it.

In this new version, you get a lovely new splash screen that thanks you for joining and clearly outlines the purpose of Twitter; ‘the coolest, most important news, media, sports, TV, conversations and more.’

The old version was more functional, but this sets the tone for what to expect on Twitter. The next screen asks what your interests are, which is a random assortment of interests, from which you can choose as many as you like.

The first time I encountered this screen, as above, it actually had nothing that particularly piqued my interest on it. What I later discovered, when creating another account for testing, is that this list is randomly generated and shuffles when you refresh the page. Perhaps it would have been useful to have a button that says “none of these.”

Once you’ve picked your interests (initially I chose TV, books and music), you’re given a faux timeline with tweets from people who match those interests. This is where it starts going wrong; around half of the accounts it chooses are ‘brand’ accounts and the other half are famous/popular people on Twitter.

This screen exhibits the exact same problem I had with the last onboarding flow; if new users follow only popular accounts like Stephen Fry and Family Guy, they’re going to have a bad time. Interacting with famous people on Twitter might as well be like talking to a brick wall, which gets old very quickly. They probably won’t come back.

I tried the interest picker for a second time, and chose technology as an interest and was given a list of familiar faces in tech; folks like John Gruber, Walt Mossberg, Om Malik and Dick Costolo… all of whom are fairly famous folks in tech and are unlikely to respond to your shiny new Twitter account.

Poor recommendations aside, this page has a pretty horrible usability problem. It assumes that you’ll just want to follow everyone the site has picked for you and makes you opt out of them by clicking the delete button next to their tweets. There’s no “untick all” just a “follow all!”

On the next page, you’re prompted to import contacts from your address book to find people you actually know. I obliged and was presented a similar opt-out list like before of everyone I’ve ever interacted with on Twitter, complete with brands.

This is the last step, before you’re thrown into the Twitter universe. No longer are there timeline tutorials or introductions to how the site works, instead, you’re left in the cold abyss to try and tweet at your new famous friends.

Twitter does, however, encourage you to make your first tweet with a prompt on your profile. It’s a nice touch and even includes a hashtag and entire prewritten message to get you started. This seems to be quite effective, as a search for #myfirstTweet reveals hundreds of instances of that prewritten tweet being made every minute.

The craziest thing, is that my fun new Twitter account got 4 followers instantly! How exciting! It turns out they were just spam accounts. How did these even find my new account so quickly? I hadn’t even had a chance to confirm my email address!

Comparing this new onboarding flow to the old one makes it seem like the original one was better, despite its many flaws. Instead of forcing you into following 60+ accounts, you originally only chose which ones interested you.

However, both onboarding flows seem to have missed the intrinsic value of Twitter for many of us: conversations with real people, that you probably wouldn’t have met otherwise. People in your area, as well as around the world. All of us follow brands, yes, but they’re inbetween the real conversations.

I’ve been using Twitter since 2008 and it’s become an important part of my life; I have made a great group of friends there, despite us coming from many distant countries around the world.

Twitter is powerful, because unlike networks such as Facebook, you’re actually more likely to socialize and meet with strangers. I recently spent time roadtripping around the United States and met countless people that I’ve only ever talked to through Twitter.

The new onboarding flow makes it clear that Twitter as a company sees the site as a way to follow famous accounts, TV shows, movies and ultimately, brands. The emphasis seems to be less and less on conversations with people in your area and more on following company accounts.

A trivial improvement for the company could be to add a step for following people from your city, using the already available location data on the service to find chatty users nearby, but instead Twitter chooses to orient new users towards brands and famous folks.

Twitter sits on a huge mountain of data about user behaviors and I’m sure that this data told them that this onboarding flow would juice up active user numbers. It’s sad to see the company move away from focusing on conversations, discussions and actual social interactions and to encouraging people to just follow brands, famous folks and their favorite TV shows.

The problem with the old flow — and this new flow — is it doesn’t help you create new connections that tie you into wanting to use the service. Instead of sparking new friendships and discussions, users are given a feed full of famous people to follow.

I understand the motivation for showing famous people, TV shows and movies, but this shouldn’t be the only goal. I’m fairly sure with the mountain of data the company has, it could find new users some interesting people in their city or country that are more likely to interact, but instead, it ignores this opportunity.

It’s a real shame and shows how Twitter’s changing to be more about brands than meaningful interactions and I don’t think it’ll last. I’d hoped an upgrade to onboarding would help new users find lesser known accounts, but instead, it just pumps up those that are already huge.

Read next: What you need to know about Bangkok's startup ecosystem