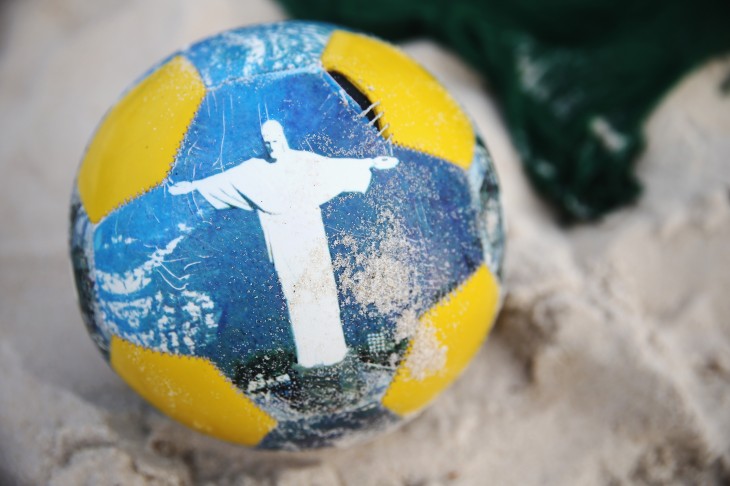 The World Cup 2014 final is approaching, and that means one thing: time to deck yourself in the colors of the team you want to win. If you’re looking for another way to show your support, you can tweet to vote on which flag colors are shone on the Christ the Redeemer statue in Rio de Janeiro.

To cast your vote, you’ll need to include #ArmsWideOpen and the hashtag of one of the finalists [spoiler alert: Argentina and Germany] in your tweet. Voting started today, July 9, and runs through July 12. The Archdiocese of Rio de Janeiro will light the statue from 7-9pm on Saturday. The team with the most votes will get more time, though the results will change in real-time as more fans vote.

It’s not every day that your tweets have an effect on a 100-foot religious icon.

Read next: MindRDR for Google Glass lets you take photos just by thinking, but there’s a drawback