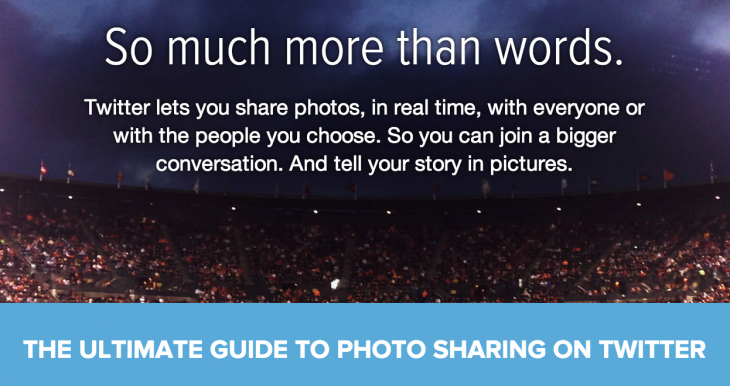 Over the past few months, Twitter has made several major updates to photo sharing on its platform in hopes of countering the assumption that the service is used mostly for text. Now, the company has created “The ultimate guide to photo sharing on Twitter” to list the features it has added.

However, even with all these new features and its ultimate guide, Twitter doesn’t have me convinced. Twitter’s too noisy for me to regularly share photos, so I’ll be sticking to a dedicated service like Instagram for now.