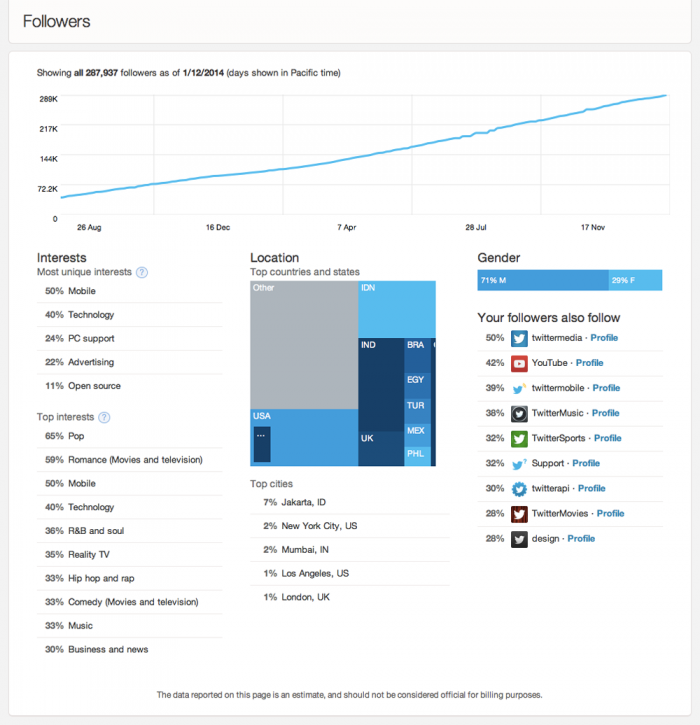 Twitter has announced a new analytics dashboard for its Twitter Cards feature in an effort to provide its partners with a deeper understanding of how their tweets are performing and who their audience is.

As you can see from Twitter’s tutorial, Card analytics will allow publishers, developers and brands to track actions like clicks, installs and retweets over time. Partners can also compare card types to see how different types

The dashboard includes information on your account’s most popular links, top influencers, and best tweets. You can see which clients and apps your followers are tweeting your links from. Twitter also provides additional account data on all of a partner’s tweets and the demographics of its followers.

Read next: Twitter is expanding its TV ratings service to Europe, starting with Germany, Austria and Netherlands