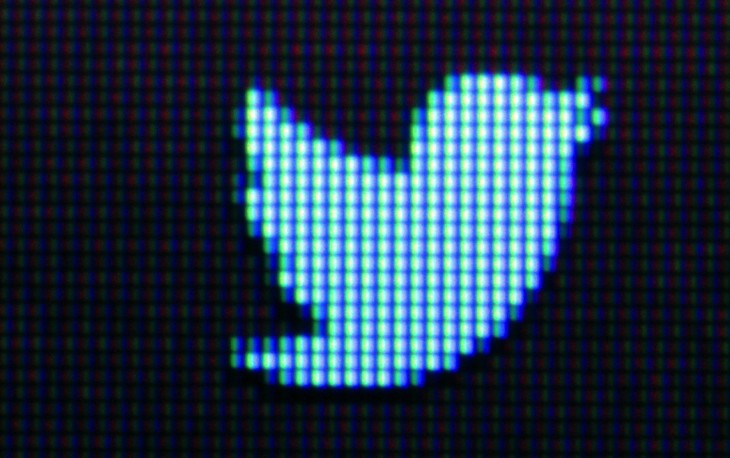 So Twitter’s startup days are over. Next up, going public?

The Silicon Valley company isn’t ‘growing up’ or ‘maturing’ anymore. It is now well past that particular stage, and this year will probably see Twitter doubling down on consolidation and solidifying its position on the market.

No matter your position on the service, or the company, one has to admit that it’s been a fascinating, albeit rocky, road for Twitter thus far, which has led to it truly operating the world’s town square (as they put it).

And yet, although some had expected Twitter to go public in 2012, an IPO didn’t happen this year. It definitely maybe will in 2013.

What Twitter did definitely pull off in 2012, though, was crank up the money machine, big time. Do you remember when everyone used to ask what Twitter’s business model could possibly be? Now people wonder when the company will hit $1 billion in revenue – if it hasn’t already.

Even the ‘Twitter underground economy’ has boomed, by some accounts.

The New York Times’ Nick Bilton – who is, coincidentally, writing a book about Twitter – asked a question worth asking mid-2012: is Twitter a media or a technology company?

I’d argue that, much like Google, it is very much both, but let’s not digress and stick to our look back at Twitter’s year.

What has helped Twitter grow in 2012 were several major global events: there was the Stop Online Piracy Act (SOPA) blackout and related protests (collectively billed by some as ‘the largest protest in the history of the Internet’), the annual Super Bowl, the Oscars, the United States presidential elections, the London Summer Olympics, the Euro 2012 football tournament, NASA’s Curiosity rover landing on Mars, the Lance Armstrong scandal, Hurricane Sandy, and many more.

(The ‘most popular tweet’ of all time, so far)

Also in 2012, Twitter significantly updated – and I daresay upgraded the experience delivered by – most if not all of its products, and made a relatively large number of strategic acquisitions and executive hires to bolster crucial ones and spur growth in key areas.

Some will argue that Twitter hasn’t really been involved in true technological innovation over the past year, and that rings true.

The question is whether these people are really looking for the company to add more features to the service rather than making the experience consistent and enjoyable across a host of platforms (which is what the company has demonstrably done in 2012), and whether or not that would constitute innovation rather than adding clutter to a service that essentially needs to be simple in order to add value.

Either way, 2012 will go down in history as the year when Twitter suffered significant backlash from third-party developers who felt betrayed by some of the decisions the company has made, primarily in its own interest and in contrast to the once ‘open’ nature of its platform.

This is very noteworthy, because it’s this vast ecosystem of developers that was responsible for much of Twitter’s growth in the early years, and many have called Twitter’s recent moves to curtail some of their freedoms ‘stabs in the backs’ of the very people who are in no small part responsible for its present-day success.

Most notably, Twitter clashed with the likes of LinkedIn, Instagram, Tumblr, PeopleBrowsr and StockTwits – but more on that later.

In 2012, it also faced quite some criticism for its – sometimes inconsistent – censorship and account suspension policies. And that’s also the first thing we’re going to zoom in on for our extensive look back at Twitter’s year – with the convenient added benefit of hindsight.

All tweets must flow, except …

In early 2012, Twitter came under rather heavy fire after revealing in a blog post that it would start censoring tweets on a per-country basis, with many left wondering how it would use that ‘power’.

Reporters Without Borders, an organization that defends freedom of information worldwide, wrote an open letter to Twitter co-founder and chairman Jack Dorsey to ‘voice deep concern’ about Twitter’s geolocated censorship plans, and the Electronic Frontier Foundation weighed in too.

In reality, Twitter basically said it would now be able to censor tweets in a single country, abiding to local laws while making sure the content remained visible to most of the rest of the world.

Furthermore, the company clearly stated that it would censor tweets only when required to do so in response to what they consider “a valid and applicable legal request”.

TNW’s Nancy Messieh nailed it in a follow-up post to the announcement, and even the title reflected the essence of it all: “Twitter isn’t censoring you. Your government is.”

Jillian C. York, Director for International Freedom of Expression at the EFF, also said that Twitter simply isn’t above the law.

It didn’t stop Twitter PR from having to deal with a number of firestorms big and small over the course of last year: you may remember the suspension of four accounts critical of French politician Nicolas Sarkozy, the recent suspension and quick reinstating of a prominent Anonymous account, the suspension of an account from a vocal critic of NBC’s delayed Olympics coverage, and more.

The first instance of country-specific censorship by Twitter only surfaced in October 2012, however, when an apparent neo-Nazi organization was silenced in Germany.

In related news, Twitter in April 2012 moved to sue five companies that enabled users to send spam over its network.

Twitter has had repeated run-ins with third-party developers before 2012, but last year was definitely different in that regard.

It started off 2012 grumbling in the direction of Google, which had just launched its ‘social search’ product. But that was just a war-up for what would come next.

When the company announced that it would launch its own image-hosting service and upload API, thank you very much, in the summer of 2011, you could have pretty much guessed what would happen: the photo sharing service was massively successful, quickly overtaking many of the products lovingly built by third parties. Twitter didn’t stop there.

It was only the first of many conflicts. And developers knew that would be the case as soon as they read Twitter’s blog post, and they were justifiably worried – as were many of its early users.

What followed were user caps for third-party Twitter clients, effectively limiting the maximum number of users any outside client can ever have.

Twitter also removed the ability for users to determine exactly what client was used to post a message to its service from the Web client.

These measures affected third-party developers big and small – we’ve reported on a couple of small Twitter client builders throwing in the towel, such as Tweetro and Twimbow.

TNW’s Matthew Panzarino put it this way: Twitter wants a billion users, and it’s prepared to sacrifice developers to get there.

He later followed up with further thoughts on Twitter’s ‘war on developers’, calling it a love story, and the ‘truth about Twitter’.

There was no love lost between Twitter and PeopleBrowsr, however. The social analytics service provider, parent company to Kred, sued Twitter and was awarded a temporary restraining order against the social media giant, granting it continued access to the service’s full Firehose.

Twitter called it ‘contracts 101’. PeopleBrowsr disagreed and claimed Twitter changed its position on the eve of discovery battle over federal jurisdiction request. To be continued, this.

Finally, in December 2012, Instagram disabled the ability for Twitter to properly display photos on its website and in its applications, in order to boost its own Web presence.

Not longer after, Twitter added Instagram-style vintage filters and basic editing features to its smartphone apps.

Expect more spats like these throughout 2013 – it’s almost inevitable if Twitter wants to keep growing the way it is, as it most certainly does.

In 2012, it made quite a number of acquisitions to spur growth, so let’s have a look at those.

– Shortform blogging company Posterous (which it will likely shut down)

Needless to say, Twitter also worked on improving its Web and mobile products over the course of 2012. As far as I could tell, it only killed one: @Anywhere.

In the beginning of last year, Twitter released its Cassandra client to the open source developer community, and launched Bootstrap 2.0 (which would later in the year be updated to Bootstrap 2.1 and 2.2).

It also built out its SMS capability, making it available for satellite providers, finally upgraded all its users to the ‘new new Twitter experience’, and launched its service in four new languages (Arabic, Farsi, Hebrew and Urdu).

It later launched Twitter in Basque, Czech and Greek.

More important product evolutions came in April and May, when Twitter significantly beefed up its Android and iOS apps (and later) and upgraded the mobile Web experience.

In May, Twitter put its Summify acquisition to good use by introducing a weekly email digest.

Also important to note is Twitter’s assassination of its logotype, which it replaced with a new ‘Twitter bird’ logo in June 2012.

The same month, Twitter teamed up with a host of media companies to bring more content in ‘expanded tweets’, and switched on the ability for users to read verified accounts without @replies for an ‘on-message’ experience.

The biggest product update month for Twitter was definitely July 2012, when it simplified search, revamped its iPhone, Android and Nokia Series 40 apps, as well as its mobile website and TweetDeck client.

In September, Twitter announced a tool that enabled users to embed interactive timelines of tweets into any site, and turned on the ability for iOS 6 and Android 4.x users to upload images from its mobile website.

New mobile apps – again – were launched in September as well. As we reported, they forced users to employ Twitter’s in-house image sharing service. On a sidenote, Twitter switched from Photobucket to an in-house photo storage system called Blobstore.

At the end of the year, Twitter’s pre-expanded Cards landed in the search, Discover sections of its iOS and Android apps.

More importantly, the company debuted photo filters and basic editing for its smartphone apps (powered by Aviary). We posted a walk-through here.

In December, Twitter added new keyword search, targeting options and matching of Promoted Tweets to relevant trending topics for advertisers, and started rolling out the option for users to download all their tweets.

– Worked with Nielsen to launch a social-media ‘TV Rating’

– Introduced brand pages in Japan, a first for Asia

– Aired its first ever TV commercial

That’s it folks, thanks for reading.

Read next: Were you offline over the weekend? Here's the best of what you missed