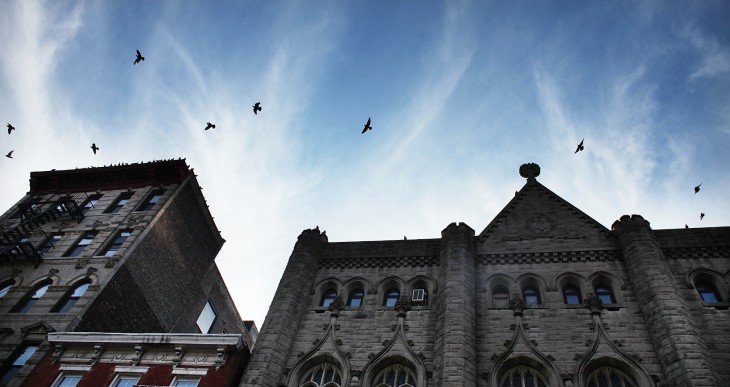 Twitter has today announced its photo filters product that competes with other offerings from apps like Instagram. The first of its apps to get it are the Android and iOS apps, though only the Android app is available currently.

The apps will be available from today on their respective stores, and the filters consist of 8 effects that include Vignette, Black & White, Warm, Cool, Vintage, Cinematic, Happy and Gritty. The apps let you see how all of the filters will look when they’re applied to your images. You can choose to post it as originally shot or in a square format if you wish.

Here’s a quirky Twitter video that displays an overview of how the feature works:

The photo filters are powered by the Aviary photo editing SDK that also runs on Flickr, Yahoo, Box, Squarespace and Walgreens. The new editing features also allow for auto-enhancement and crop/scale tweaking.

An All Things D report this weekend was the first to indicate that the photo filters would be coming before the end of the year. After that report, we discovered that there were several Twitter employees that were testing out a new version of the iPhone client that appeared to allow posting of directly filtered photos.

The addition of filters to Twitter has been rumored for some time, and an initial report on them came around in November. Work on the filters most likely began after Twitter’s interest in Instagram was cut short on its acquisition by Facebook.

Back in October, it was rumored that Twitter would be firing up a video hosting service. At the time, I put the opportunity for Twitter to position itself as a primary sharing service this way:

Now imagine a celebrity-focused version that aggregates photos from its own service, videos from its upcoming service (Twitter just reportedly acquired video startup Vine), and offers a way to display those beautifully in a custom layout. And, if they’re piping in media through their own services, they could offer a watermarking option for celebrity accounts (or any account for that matter).

Twitter’s focus on making sure that people are excited to share photos on its service goes beyond just making it a pleasant working experience for high-profile users though. It’s also a data play, with location information, hashtags and metadata of the images shared on the service contributing to the value it’s able to offer advertisers and the information it can offer to customers accessing its Firehose through resellers.

Losing the direct viewing of Instagram photos last week was likely an impetus for getting the photo filtering service up and running sooner than not. At the time, Instagram founder Kevin Systrom had the following to say about shutting off the viewing of its users’s photos via Twitter’s Cards feature:

Mark Zuckerberg originally said that Instagram would continue sharing to Twitter, that still is true today. Obviously, things change as a company evolves and I don’t think we ever said nothing would change. We are always going to be improving the experience for users and we are always going to be making sure we evolve where we are. I want to make sure our users have the best experience.

Instagram photos now show a simple link rather than a rich media preview of the photo. This is a noticeably worse experience for users. The service felt that it was best served by having users look at photos on its site rather than on Twitter, and that’s sucky. But it wasn’t completely without provocation, as Twitter shut off Instagram’s access to the Find Friends feature of its API back in July, hoarding its user graph just as Instagram is hoarding its photos.

But instead of resting on its laurels, Twitter decided to push forward with its own photo filtering feature, perhaps encouraging those who use Instagram more for its filtering capabilities than its networking ones to post directly on Twitter.

If the filters take off, one wonders whether we’ll see Instagram’s Card usage miraculously get turned back on.