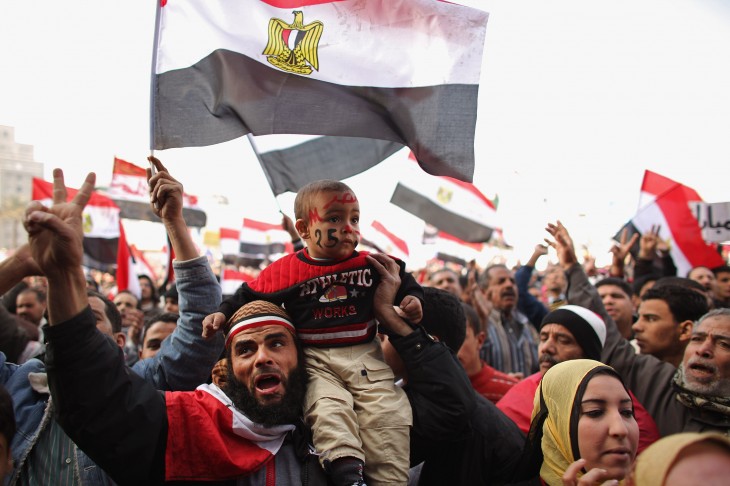 It’s been a busy month. My Twitter feed keeps me informed as news breaks, and I’ve been lucky to have a front row seat to many big stories this month. Here are a few:

… And really, the list goes on.
You may have guessed that this is a string of recent events vigorously propagated through Twitter that were subsequently proven false.

Granted, false information spreading like wildfire throughout all corners of the Internet is not a novel concept nor one that is particularly unique to the fast-paced and constant information stream of Twitter — generally these hoaxes don’t make it much past gullible teens and people too excitable to type a bit of information into Google. But, there’s also a distinct risk that a legitimate news source, which has built a reputation for broadcasting the facts, will fall into the same trap. This, of course, raises a few questions.

Most importantly, when dealing with news that is germane to a breaking world event, what kind of damage is done when an overeager reporter hits the retweet button in the name of being first?

A lot of the issues behind this (admittedly loaded) question stem from the role of Twitter as a tool for disseminating news — which, in many ways, is problematic. Since the Arab Spring in 2011, the social platform has been the go-to source for breaking news — a utility that has been proven valuable during important and momentous events in places such as Egypt, where a news team simply cannot compete with photos and information broadcasted from the ground. Of course, this system was bolstered by the fact that activists throughout the region were already relying on the social network to boost awareness for their cause, a perfect tactic for news outlets looking for the most important features of the protests.

But, somewhere along the way, this utility has been conflated with newswire resources such as AP, which is exactly what it’s not. Traditional newswires are thoroughly vetted resources that hinge on the information flowing through the channel being both new and accurate. And, while Twitter presents new information in one of the quickest ways possible, there’s no way to immediately tell if a tweet is real or accurate. Twitter is not responsible for the information that populates the channel, and it is not at fault when it happens.

This, of course, is the brass tacks of the problem: news sources are unable to utilize information reported on Twitter while simultaneously vetting it to ensure its veracity and remain first to the story. To put it simply: in order to save time, reporters are likely to sacrifice accuracy.

This is a gripe of media critic and associate professor of the City University of New York Jeff Jarvis, who has proclaimed, rather emphatically, that the scoop is dead. “Journalists must think how they can best add value to information, not how they can most rapidly repeat it,” Jarvis writes in his blog post for BuzzMachine. “Explaining the story is adding value. Getting it wrong detracts value and devalues credibility.”

Arguments can be made to the contrary, but even tentpole current events have been botched by inaccurate or misreported information. In August, The UK’s Sky News shared a picture of a sunrise from Mars attributed to the Curiosity, but actually was the work of a previous rover. CNN, BuzzFeed and others broadcasted false photos of Hurricane Sandy (as egregious as a Nebraska supercell storm photoshopped into Manhattan) during the height of the storm, and were quickly rebuked by multiple outlets for being hasty in reporting. And, The Daily Beast as well as many political pundits were forced to walk back the premature calling of the hotly contested Massachusetts senate race, attributing an NBC news announcement that never existed.

At its core, there is no customary or proprietary method that ensures information on Twitter is real or accurate. And, while Twitter does perform some level of background checking to ensure that accounts from news sources, pundits or celebrities can be marked “official,” that is not the same as a guarantee that all information that flows through those accounts is to be trusted. The result is that the moment a piece of information (whether true or false) filters itself through a legitimized source, it automatically becomes fair play for rebroadcasting by other users.

While many news outlets and critics have admonished Twitter for this particular problem, especially in light of the hubbub with Hurricane Sandy, there is very little discussion of a solution beyond “stay skeptical.” This can be attributed to Twitter’s best and worst characteristic: immediacy. Just as quickly as a hoax is administered onto the populace, it is walked back and seemingly erased with no ill effects.

And, of course, since hindsight is 20/20, many users are keen to believe that Twitter does a great job of snuffing out hoaxes by simply burying the story with the noise that flies through the platform on a daily basis. This is best characterized by The New Yorker’s Sasha Frere-Jones, who likened Twitter’s own hoax-busting to a self-cleaning oven: “A reliable version of events generally emerges because vanity (in the form of a visible number of retweets for the user who posts the canonical version) fuels the process, much as a writer’s byline can press ego into the service of good writing.”

This in itself seems like an adequate solution, but it downplays the fact that, for better or for worse, Twitter has replaced the AP and other vetted sources as a place where journalists get and report their news. What then occurs is a congregation of trigger-happy newshunters, stalking multiple feeds for viral breaking stories and foregoing fact-checking to get there first. And, while the average user is ultimately not harmed by a Twitter hoax (aside from red-cheeked embarrassment and perhaps a shaved head), journalists and larger news organizations risk losing their power as truth-sayers and reputable resources with every tweet that reports the wrong thing.

Thankfully, as more and more users begin to understand Twitter as a conduit for news, there are startups and blogs tackling the problem as it develops. Storify, because of its smart commenting system, makes it simple for reporters to track all pieces of information and actually pursue a story as it develops, creating time for a smart vetting process and moving the reporter to much safer ground as an observer rather than a broadcaster. Paid service Storyful not only offers journalists a way to curate events on Twitter but also provides a newswire that incorporates video and photos to get the best angles on a breaking story.

Another interesting concept comes from the not-yet-in-beta product Vocativ, which seeks to independently credit citizen journalists and provide outlets with an easy tool to visualize which users are most likely to tell the truth. This type of sourcing is imperative in bringing a better news system to Twitter, as information is rarely given proper (if any) citations. In the meantime, hoax-debunking blogs such as Is Twitter Wrong? provide a decent stopgap to help inform users where the real truth lies.

But this is just the first step in a better vetting process for Twitter — and perhaps one that could finally ground it as a smart tool for news generating and broadcasting. It is important to note, however, that the platform itself is not responsible for this transformation. Rather, it should be (and, obviously, already is) molded and shaped by the users engaged with the product — a great power that requires due process and a healthy dose of skepticism.

Above all, Twitter is what you make of it, and it can be a dangerous ground for journalists looking to break news quickly because there’s no line between what is real and what’s not. It’s important for everyone to recognize these limitations from the outset, lest one does more damage than beginning an early mourning period for Bill Nye or passing off a screenshot of Star Wars as a picture of Mars.