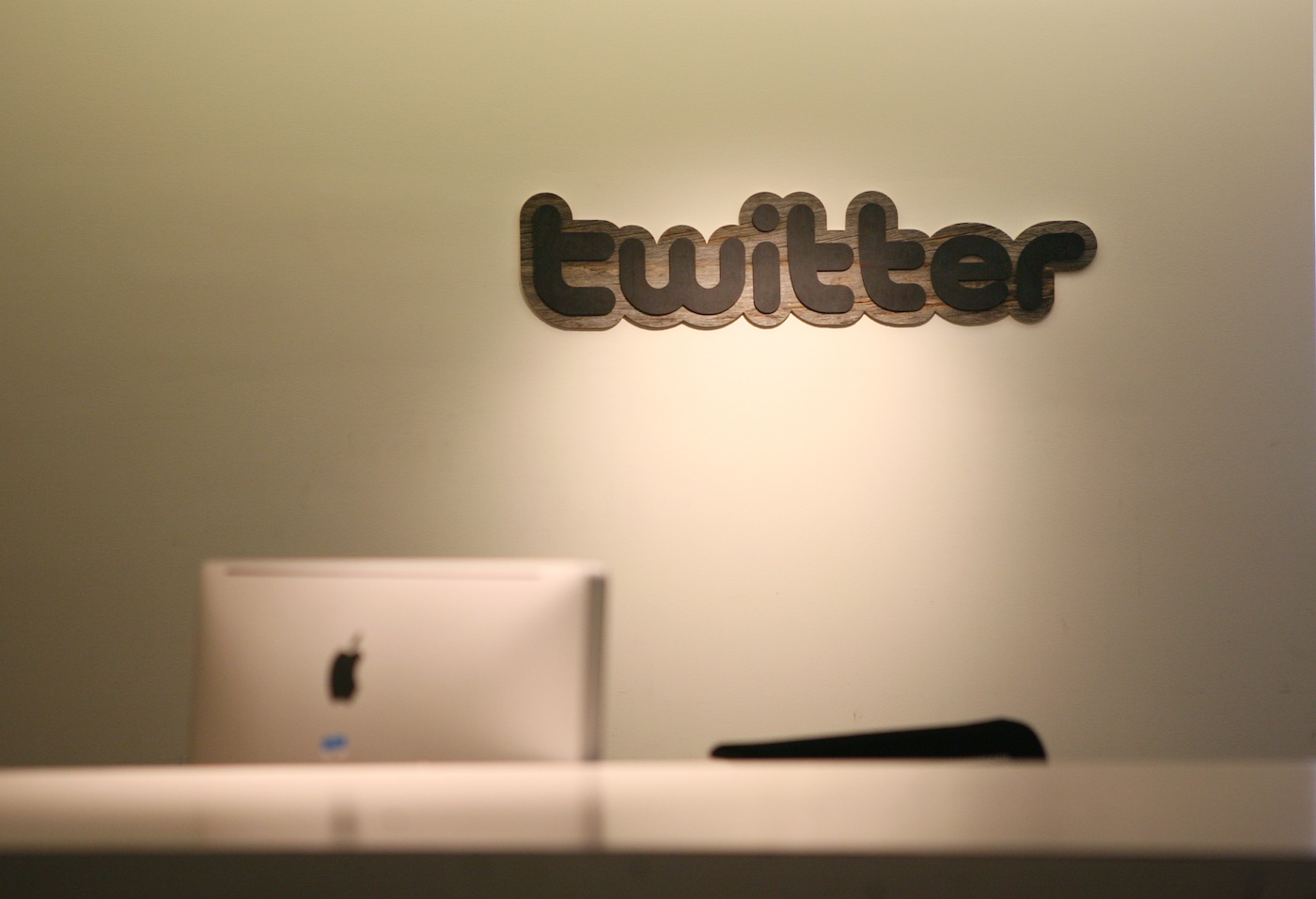 All of this talk of Twitter’s aspiration to becoming a media company is a red herring. Media companies supply the nut (content) inside the shell – Twitter wants to be the shell.

Does that make Twitter a “technology” company? Well, “heck yes” comes to mind, but it’s the kind of technology company that we should be focused on. Twitter – assuming that it wants to break its bounds as a super-feature (i.e. the simple communication system that is tweets) and become a full-fledged business – needs to be a next-gen ad delivery network.

The big problem that Twitter has been dealing with over the last few months, is how to make a smooth transition from an open utility (if it ever was such a thing) to being the shell that media companies and famous users — and even us lowly devoted users that tweet — can fill with content that Twitter can run ads against. Part of this struggle has been whether to rip off the band-aid or slowly peel it away (a decision Apple recently grappled with with Maps). Another part has been that it hasn’t clearly defined, at least publicly, what it’s trying to do. Lastly, it has to figure out how to appease its content creators.

So, if you happen to be once-upon-a-time Utopian open communication platform with hundreds of millions of users that is looking to change itself to make the big bucks, we hereby present our 3-Step Program on How To Become A Next-Gen Ad Delivery Network.

Step 1: Let us keep our illusions a little longer (please)

As our (newly minted) Managing Editor Matthew Panzarino has already gone deep into the developer relation issues that Twitter has faced/generated, as prep for this program we highly suggest you start by reading that piece – we’ll wait.

Ok, welcome back. Now, where to begin… right: Twitter, why oh why could you not just let us keep our illusions of being part of a world-changing communication platform for just a little longer? We were so content to start and continue revolutions, occupy streets, discuss your rivals’ IPOs and just generally feel like we were adding to the zeitgeist. But then you pulled the rug out from under us and started making some ill-advised decisions like suspending a journalist’s account that was criticizing a major partner during a major event; decided against paying a fine (albeit probably hefty, and to be fair, Twitter did put up a fight), instead turning over a protester’s tweets to authorities; and oh yes, trying to convince us that your apps/website are in any way an improvement over the beautifully-done third party clients that your now erstwhile developers created.

Would it have really killed your business to just let us continue to foster the illusion that we were involved in something bigger than just creating the seed for an ad delivery network? Was it really necessary to force some of us over to another real-time communication platform like App.net?

So the first step that Twitter needs to take is to find ways to bring back our illusions. The most obvious solution would be to create an-ad free and secure paid version for all of the idealists out there (you know, the ones that probably produce the vast majority of tweets anyway) that might be looking at App.net or some other service as an alternative, while still keeping the vast majority of users (i.e. the ones that rarely tweet) on the ad-supported service. Other than having to build two services (which many, many companies do), it’s hard to see the downside here (again, the celebrities and media companies are using Twitter exactly because they can easily reach millions, so they certainly aren’t going to turn off their tweets to the free, ad-supported viewers).

That said, lets assume for now that Twitter has no intention of making a paid service, and that our innocence is lost forever, which leads us to Step 2 (which if Twitter declines our Step 1 would be its Step 1… but we’re digressing…).

Step 2: Just get it out in the open that you want to be the next-gen ad delivery network

Though Twitter has traditionally been cagey (or Yahoo!-esque confused, depending on how you look at it) about what it is turning into, CEO Dick Costolo has been a bit more open about the company’s ad network intentions. He recently called Twitter “a technology company that is in the media business,” qualifying that by saying that Twitter doesn’t sell technology, but ads (and maybe taking a cut of transactions in the future as well, but that’s for another day).

While he didn’t say it straight out, it’s clear that Twitter is an “ad technology” company, as in essence what Twitter has done is started – like Facebook before it – new types of ad units. Both companies (not-coincidentally we’d wager) use the verb “promote” in some of their ad units, and both have pitched advertisers that their ad units have much higher engagement than other older generation ad units.

This is the most important distinction of how Facebook and Twitter are different from most every other web service out there. Yes, they both have tremendous reach and number of users – so do other web properties – but the defining difference between Facebook and Twitter and most everyone else is the kind of ad units it can offer. To clear up any lingering confusion, Twitter needs to come out and just say that its business value is its ability to provide cutting edge social ad units to publishers, plain and simple.

Do users care about this? Not really, other than that pesky issue of “hey, we’re creating the content, why don’t we get a piece of the payoff?” Which brings us to Step  3….

Step 3: Appeasement (otherwise known as Show Us The MONEY!)

Okay Twitter, you’ve made it this far, just one more hurdle and you’re there…

One of the main complaints about Twitter supposedly becoming a “media company” is that it doesn’t produce any actual media – it just runs ads against the content that we all provide for it. Now, it’s true that there is nothing compelling any of us to use Twitter – we can all stop at any time. But Twitter’s evolution may be coming to a point in the not so far future where it just might not be worth it for us to play along anymore out of the goodness of our hearts.

So, our final step that Twitter needs to tackle is to find a way to share the ad money with its content creators. In a way, Twitter’s history as an open and very participatory service may, ironically, offer it the best way to become a more controlling, closed system – i.e. we are all used to being a valued part of Twitter, and its likely that if Twitter lets us in on the deal, we’ll love it even more, regardless if at the same time it becomes more controlling. But why should Twitter do this when we’ve been feeding it with content all these years for free?

Yes, we get a “free” way to communicate with the entire world (assuming we have something people want to hear) and that has value to us users – it’s what’s kept us in the game to this point and for sure, Twitter could — and most likely will — roll with our free content for the foreseeable future. But the other side of that coin has been that Twitter was just rolling along on VC money all these years, which frankly had nothing to do with its users (i.e. Twitter the company was just burning through someone else’s cash, not directly profiting from our content).

However, once Twitter starts to really rev up its ad business – it is still in its infancy for sure – the value proposition for all of our content begins to have diminishing returns. If you are in the vast majority of Twitter users that just reads along, this is all fine and swell – why should you care how Twitter is being funded and/or making profits if you’re getting a free service that you don’t really add to (other than being a set of eyeballs and once-in-a-while hitting the RT button)?

However, if you are either a user that tweets regularly, and/or a publisher that is funneling in content (yes, publishers can get traffic back from Twitter and monetize that traffic, so there is some equilibrium there), where’s your paycheck? If Twitter wants to really avoid all of the negative press, feelings and vibe of transforming itself into an ad network, why not just bring all us content creators along for the ride? Regardless of who you are, if you post something funny, informative or groundbreaking (and perhaps to a lesser extent if you retweet some of those things) why not get a percentage? There doesn’t have to be strings attached beyond a reasonable TOS, it’s just “hey, 10,000 people saw ads on our service last month because of you, here’s your cut.”

And if you think that would sully whatever innocence the service has remaining, try this idea on for size: Twitter could also offer the option of your cut going to the charity of your choice – now that’s a service that could change the world for the better.