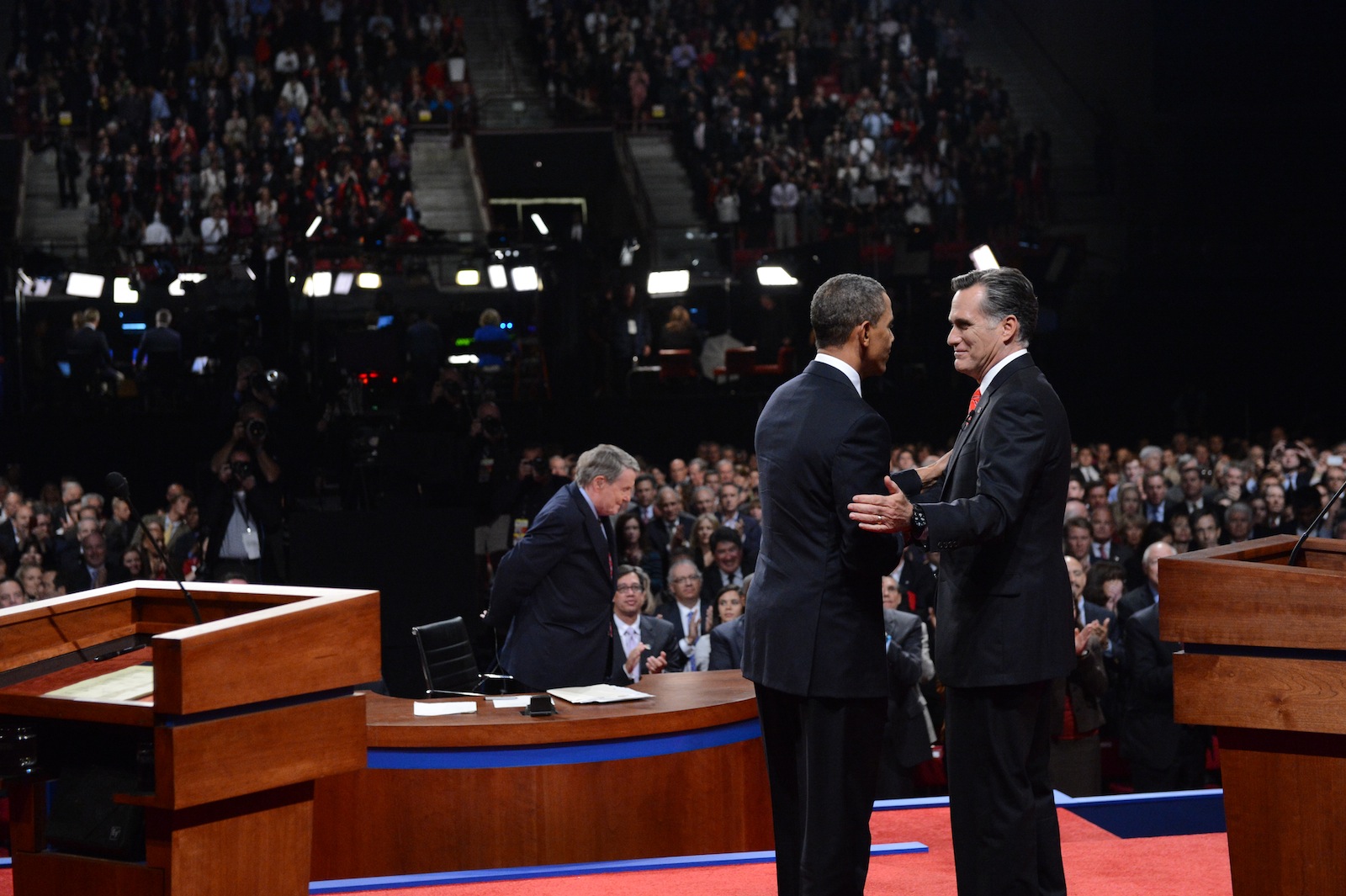 Fueled in part by candidate Mitt Romney’s comments about the “Sesame Street” character Big Bird, Wednesday evening’s presidential election debate in Denver, Colorado set a new record as the most tweeted about political event in US history.

Tonight's debate was the most tweeted about event in US political history, topping the numbers from the RNC and DNC.

Though President Obama set a new record of his own last month by achieving 52,757 tpm during his speech at the Democratic National Convention, Wednesday’s debate still generated more tweets than the DNC.

Update: Twitter has revealed that 10.3 million tweets were sent out over the course of the 90-minute debate, with the peak coming around 9:53pm.

During the debate, Romney sparked a conversation on Twitter after remarking that he would cut PBS funding, even as he professed a love for Big Bird. Naturally, Big Bird quickly became a meme as 17,000 tweets per minute (tpm) were sent out about him, while mentions of PBS reached 10,000 tpm.

Tumblr also got in on the debate action with its live-giffing of the event. The service has posted a collection of the night’s best GIFs at gifwich.tumblr.com.

With a score of 37, Romney held a narrow one-point lead over Obama in Twitter’s Political Index after the debates. The micro-blogging service launched the tracker in August to keep track of public sentiment surrounding the two candidates.