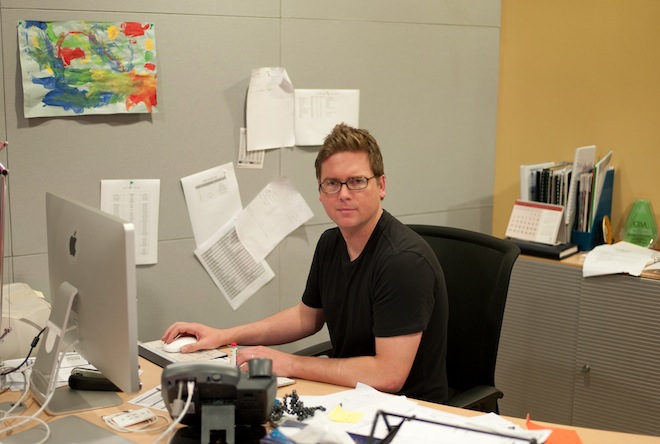 Biz Stone, the affable digital media entrepreneur who co-founded Twitter and Obvious (Lift, Medium, etc.) will be directing a short movie, we’ve just learned from a report and interview by the San Francisco Chronicle (via AllTwitter).

Stone is among 10 ‘celebrities’ who will team with director Canon and Ron Howard (Willow, Apollo 13, Splash, A Beautiful Mind, The Da Vinci Code etc.) to produce a series of short films based on photos submitted online by common folk.

Stone tells the San Francisco Chronicle that Canon’s ‘Project Imaginat10n’ gives him a chance to ‘scratch a longtime creative itch’ (he’s billed a cinephile and photographer in the article).

Interestingly, each of the 10 planned short films will be inspired by photos submitted online. Other directors tapped for the project include actors Eva Longoria and Jamie Foxx, and fashion designer Georgina Chapman.

From the SF Chronicle article:

Canon, Howard and the voting public will narrow the images down to 91.

The directors, in turn, can choose one photo each from 10 categories, each representing a “storytelling element” to inspire their film. They include things like mood, backstory, character, setting and time.

The movies will premier at the Project Imaginat10n Film Festival in 2013. We can’t wait to see what Stone and the other directors come up with.

And it would totally feature 140 characters or less.

Read next: Mapfia launches in the UK and five other regions to let you share locations with friends during phone calls