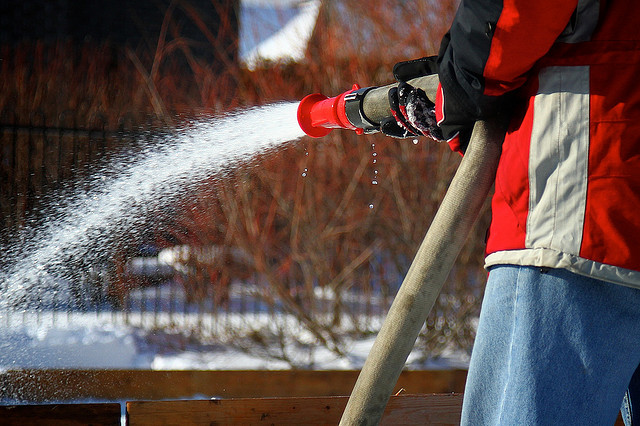 In a deal that surely gives the middle finger to Google, Twitter has signed a deal with Russian search giant Yandex to provide access to its full feed of public tweets — its Firehose — allowing the company to deliver tweet search results in its Blog Search results.

Similar to Google’s Social Search — before it was dropped after Google refused to license Twitter’s full data feeds last year — Yandex will also deliver a dedicated Twitter search engine at twitter.yandex.ru, showcasing messages posted in Russian, Ukrainian, Belarusian or Kazakh, and top feeds in any other language in its results.

“With more than 250 million tweets a day, Twitter is a valuable information source and the fastest way to find out what’s happening in your world,” said April Underwood, Twitter Director of Business Development. “Through this partnership, Yandex and Twitter will work together to make it easier for Yandex users in Russia and elsewhere to find real-time content about the people and things they care about most.”

It said at the time:

“While we will not have access to this special feed from Twitter, information on Twitter that’s publicly available to our crawlers will still be searchable and discoverable on Google.

Our vision is to have google.com/realtime include Google+ information along with other realtime data from a variety of sources.”

Twitter continues to share data with Microsoft’s search engine, Bing, renewing the deal in September 2011, as Google tailored its service to deliver Google+ focused results and move away from other social networks.

Yandex yesterday announced the launch of its ‘social search program’ (note: links to page in Russian), allowing it to inject content and account information from a from a wide array of social networks into its search results.

Today’s deal is the start of the company’s attempts to introduce international social services, helping “enhance its search engine’s quality”. The company is already processing over two million people searches on a daily basis, although roughly half of those are apparently reserved for celebrities.

The huge amount of searches for people has prompted Yandex to roll out its ‘people finder’ service in beta. This enables Yandex users in Russia to access and filter all public profiles of a person with accounts on Facebook, Google+, LinkedIn, VKontakte, LiveJournal, Odnoklassniki and other social networks.

Read next: Seeking an exit, Proview prepares to negotiate with Apple over Chinese iPad trademark