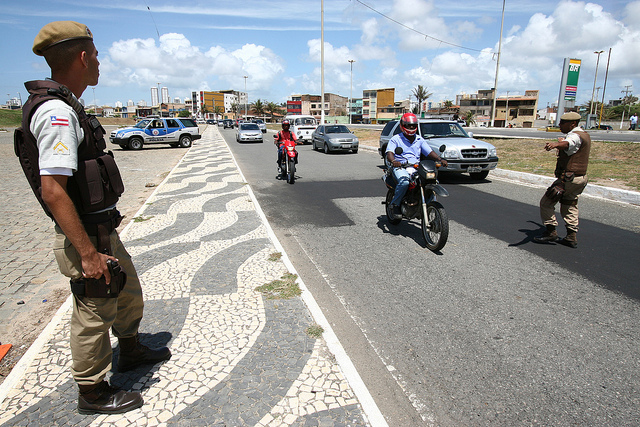 The Brazilian Federal Attorney’s Office has filed a lawsuit against Twitter Inc., as the press agency O Globo reports. Filed with a motion for preliminary injunction, the lawsuit asks the Federal Justice of the state of Goias to suspend and block Twitter profiles that warn of traffic controllers.

Over the last couple of years, Brazil has reinforced legislation and taken concrete measures against driving under influence. As Twitter and social interaction are very popular in the country, this soon gave birth to a flurry of collaborative Twitter accounts such as @LeiSecaRJ (“Dry Law Rio de Janeiro”), which shared the location of radars and mobile road control points (known as ‘blitzes’).

Controversy soon ensued, as many wondered how moral it was to help people dodge a law that intended to dramatically reduce the high number of road casualties in the country. This led the debated Twitter accounts to diversify their focus and include other useful traffic information, such as incident reports.

Despite widespread criticism, these crowdsourced accounts are very popular in Brazil. With hundreds of thousands of followers, @LeiSecaRJ won a global Shorty Award in 2011.

Still, the controversy seems far from over, as it is now taking one more legal turn. This is not the first time these accounts have been involved in a lawsuit, and another Brazilian state ordered ISPs to suspend such Facebook and Twitter pages last month.

However, things look worse for Twitter this time: the American startup could soon have to answer for those accounts, since the public lawsuit calls for the micro-blogging platform and other defendants to pay a US$290,000 daily fine (R$500,000) if it doesn’t comply with the injunction.

According to the Brazilian authorities, these accounts violate several laws, starting with the Penal Code and the Brazilian Traffic Code. From a moral standpoint, lawyers also point out that they may facilitate a series of crimes and endanger lives – besides DUI, road controls also help track stolen vehicles and fight gun and drug traffic.

It remains to be seen how Twitter will react to the claim. While the company is very vocal on its support for freedom of expression, it also recently introduced measures that let it hide tweets in a specific country to answer legal demands. This will be an interesting test for Twitter’s new policy.

The lawsuit is not yet listed on Chilling Effects, which monitors cease and desist letters sent to Twitter, but we will update this post if Twitter issues a statement on the matter.

What do you think? Is this an attempt at censorship or a fair desire to protect citizens?

Read next: Google+ launches a developer page for its yet-to-exist developer ecosystem