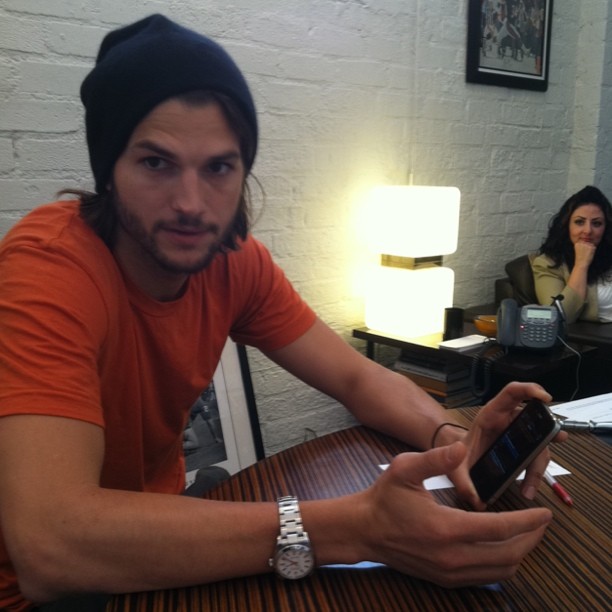 The Huffington Post’s Twitter account got briefly hacked this Sunday, the media outlet ackowledged in a tweet, saying: “Sorry about that, Twitterverse! We know we’ve been hacked and are working to resolve the issue as quickly as possible.” During the disruption, offensive tweets made their way to the Huffington Post’s 1.4 million followers, many of whom quickly spotted the hack.

The hacker’s tweets weren’t particularly inspired. While one of the tweets he/she posted tried to impersonate the New York Post, which could have been funny, the following tweets were simply homophobic and racist.

If it is the same person that also reportedly hacked Ashton Kutcher’s Twitter account around the same time, he or she seems actually particularly dumb. According to the actor, who seems to have deleted some of those tweets since then, the person who briefly gained access to his Twitter feed also logged into his Foursquare account – accidentally revealing their location.

In other words, not only did the Huffington Post and Ashton Kutcher get back the full control of their accounts very quickly, but they may also be able to find the culprit.

However, the Huffington Post may still want to review and upgrade its password policies. Earlier this week, the French journalist Vincent Glad managed to gain early access to the Huffington Post’s soon-to-be-launched French version. He then posted a screengrab of the site, which isn’t open yet (www.huffingtonpost.fr currently prompts a user name and a password.)

While Glad didn’t reveal how he did it, he pointed out that all he had to do was “to force a little”, hinting at basic password cracking – a breach that the Huffington Post now seems to have fixed.

Read next: This prankster is auctioning Scotland on eBay