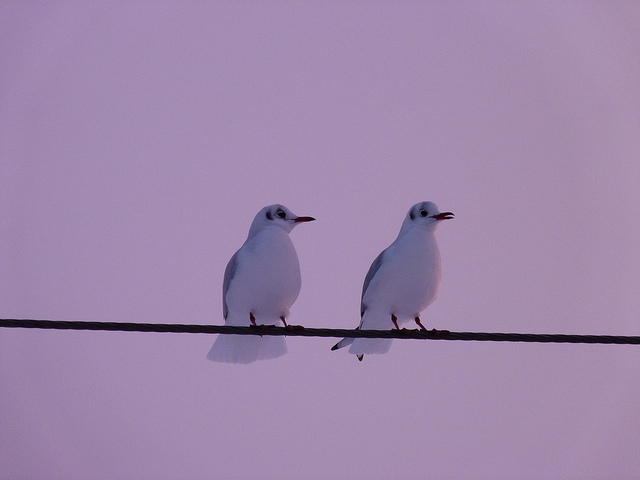 One of the pages on Twitter most of us don’t see often is its homepage. It’s gone through a few revisions over the years ranging from a busy mashup of top tweets and popular users to a focus on interests, featuring a search box.

Twitter’s re-dedication to simplicity, which was made quite obvious during its press event and roll-out of its biggest upgrade in years, has also been integrated into its homepage.

The evolution of the Twitter homepage is as interesting as the changes on the functionality of the site itself.

In September, Twitter shared that it had 100M active users per month, but the site had over 400M monthly unique visitors. At the time, Twitter CEO Dick Costolo said:

The 400 million monthly uniques number shows that people are getting value out of Twitter without logging in.

The new homepage design clearly focuses on getting people to either sign up, sign in, or go away. It features no profiles to click on, and no search box to search with. To compete with Facebook, the site needs users and not more traffic from people who just want to watch.

Here is Twitter’s homepage before today:

This version of the homepage distracted people from actually signing up, asking them to search for something before they had even used the site. The hope, we assume, was that if a user found something interesting on Twitter, they’d sign up and become engaged. That onboarding process clearly didn’t work. In fact, again we assume, it probably scared some non-Twitter savvy people away. The one before that was even worse.

As of today, the homepage has gotten a facelift:

The homepage has a very simple value proposition for new users:

Find out what’s happening, right now, with the people and organizations you care about.

As you refresh the page, the photo and the background color changes, but the message stays the same. Twitter is clearly making a very simple message as more focused on real-time communication and discovery and its homepage and new look reflects that.

If Twitter wants to make its service attractive to everyone, having a clean front yard is a good first step.