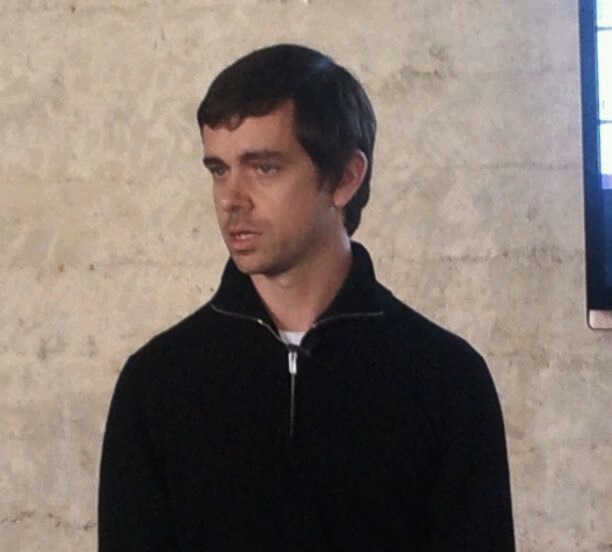 Twitter showed us its plans to become the social network for global communication. The company has decided to focus on scaling back its look and feature set, and wants to hone in on simplicity.

This is a huge turning point for Twitter, as it is now clear that the service is a fierce competitor to Facebook. Facebook is adding more features that could complicate things for the users it already has, while Twitter is focusing on making it simpler to use for “everyone”.

I asked Twitter CEO Dick Costolo today if the integration with iOS 5 and its partnership with Apple had anything to do with the decision to scale things back design wise.

Apple is a mentor company to us, and it’s really hard to edit down a product to make it simpler while you’re innovating and adding functionality.

That’s true. And things that are hard tend to pay off the most.

Recently, many of my friends have said that Facebook is becoming too difficult to navigate, and there’s just way too much going on. The News Feed has been amped up, the Ticker is obnoxious to most, and with the introduction of Timeline, many users aren’t going to know how to use Facebook at all anymore.

When talking about its new direction today, Jack Dorsey spoke about powerful messages being sent in 140 characters or less. He mentioned Martin Luther King’s “I have a dream” as an example. What Dorsey is really saying, is that to get everyone in the world using a service, let alone get their attention, you have to keep things short and sweet, and I think he’s right. 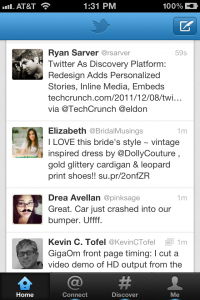 This new direction shows a clear path for Twitter to become the defacto service for real-time communication. We know that Steve Jobs had hopes of killing off carriers while at the helm of Apple, and with Twitter integrated, its namespace could easily overtake phone numbers with such a powerful telephony partner.

Regardless of the rumblings that engineers have grown tired of refactoring the service instead of adding new features, Twitter has a real shot at taking out a few methods of communication. The only way to get there is accessibility via simple design and a clear proposition to new users. Basically, Mom has to be able to understand it.

Facebook’s growth took off as soon as everyone’s Mother, Uncle, and Aunt hit up existing users with friend requests. But with Twitter’s focus on simplicity, it makes more sense for everyone to get on the service that lets you communicate the fastest and with the least amount of hand-holding.

Twitter is simple, and wants to remain simple. Its website and apps now reflect that simplicity for the first time since it launched in 2006. During today’s press event, Dorsey mentioned that the world has 7 billion people, and while it’s a bit crazy to set your sights on getting even half of the global population on Twitter, it takes crazier people to even attempt to hit those goals. Call me nuts, but if Twitter stays simple, it has a shot of becoming the preferred way to communicate. Forget SMS, forget Email, forget Facebook.

Read next: The advertising SDK for Windows 8 'Metro' apps is now live