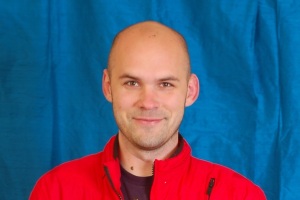 This morning, we circled back on our previous story about Pam Kramer, Twitter’s VP of Consumer Marketing, leaving after only three months on the job.

Today, Robin Sloan, who has worked at Twitter for two years on the Media Partnerships team, has announced his own departure.

Sloan’s work consisted of working with high-profile TV events on Twitter strategy and support. We’ve seen Twitter become a huge part of mainstream media these days, and it’s impossible to watch even a local news cast without seeing the familiar @ sign in front of a Twitter handle on-screen.

Coordinating media events with the development team at Twitter is key, because most of the major service outages can happen during huge events like the Super Bowl. Many companies utilize the strategy of asking the public to tweet with a promotional hashtag for contests during these events.

Karen Wickre was recently brought in from Google, where she held a senior PR position that dealt with the media.

While it’s not always news when people come and leave a company that has been around since 2006, when a few major players and known faces in the same departments or similar roles shuffle, people take notice.

It’s time for Twitter to step into new arenas of digital media. The service has become a place for personal communications and news publication, and may need to start acting like a news aggregator itself. The trending topic section needs some work, perhaps parsing out relevant news away from silly memes of the moment.

Twitter continues to grow globally, and may need a little extra juice to integrate into mainstream news even more.

When asked on Twitter what he would do tomorrow, Sloan answered “make a waffle & watch some movies”. Perhaps he’ll tweet about it.

Read next: Watch the Hong Kong launch of the iPhone 4S get owned by scalpers