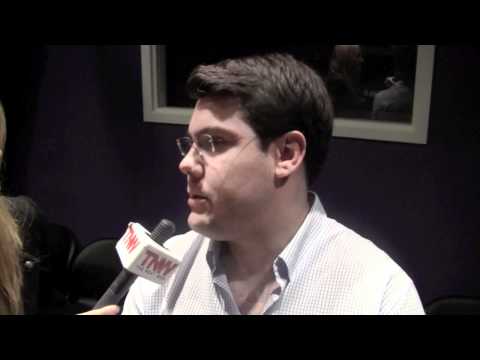 Celebrities and Twitter have gone hand in hand from the very early days of Twitter, when it became clear how celebrities could use their followings to promote new products or launches. We’ve had celebrity battles on Twitter between Oprah and Ashton Kutcher, celebrities in trouble on Twitter and more than a few high profile celebrity impersonators. But the power of Twitter for celebrities is extending far beyond building a reach for their own work, into supporting other businesses in return for financial reward (though this isn’t always the case). For the celebrities, it works rather nicely. You build your following, invest in products, tweet about the products and then reap the rewards. But is celebrity endorsement on Twitter alone enough to sustain a business? A new flash sale site suggests it might be.

The flash sale site Fab.com is receiving a lot of support from a powerhouse celebrity couple: Ashton Kutcher and Demi Moore. Kutcher originally invested in the site and since then, his wife has sent 3 separate tweets about products on the site. The people at Fab.com have found that their top selling products all relate back to Demi’s tweets, showing the power of celebrity endorsement, updated for the 21st century and through social channels.

Now while a little bit of disclosure wouldn’t go amiss, considering Moore’s relationship with one of the investors, it’s an important finding by Fab and shows how influence on Twitter can actually affect purchasing decisions and turn into profit. Fab.com is a new business that’s heavily invested in social media as a method of marketing and it’s interesting to see how just a few tweets from a celebrity on Twitter can out perfrom other marketing efforts and channels, with such clearly measurable results.

In this case, it shows that celebrity endorsement on Twitter alone can keep a business going and be one of the most important sources of new business and traffic. For many brands of course, it’s fairly elusive to generate this celebrity endorsement through Twitter. It depends on your contacts and, largely, how much cash you have to flash. As more and more celebrities get into this business end of Twitter however, it could become a more accessible channel for brands and a completely new way of marketing your product. While celebrity endorsement on its own is almost as old as the notion of  ‘celebrity’ itself, this is unique through Twitter as for the first time the person has an instant and portable fanbase to communicate to.

Numbers alone won’t do it

The power of celebrity endorsement on Twitter is unique, because it shows that influence in social media isn’t just about numbers. With a Twitter account nearing 4 million followers, Moore can ensure she gets in front of a vast audience, but the profile behind the tweeter has a large part to play. Moore has power on Twitter because she didn’t just create brand awareness for Fab, but was actually able to facilitate this brand awareness transferring into sales. This is where influence in social media begins to come into its own. Celebrities can support businesses like this because their influence extends outside of Twitter itself. They bring a following that’s loyal to them outside of Twitter alone. Influence is in the hands of the person, not just their Twitter account.

With Twitter’s attempts to monetise the site in new ways, the power of celebrities to prop up businesses online could throw up a new business opportunity for Twitter. Essentially it is the gateway between celebrities and their followers, brands and consumers. To monetise this relationship would be a unique revenue opportunity for Twitter. This has to be handled carefully of course. We’re not talking about brands having a direct ‘in’ to buy a tweet from a celebrity – that’s ultimately detrimental to the way in which Twitter functions. But developing a more organic and flexible approach to hook up brands with celebrities on Twitter could be Twitter’s biggest untapped opportunity yet.

Twitter clearly has an interest in developing the celebrity side of the business, with recent changes to verified accounts allowing any follower to send them a DM, as opposed to having to be followed back. It could well be that as its advertising options currently look a bit shaky, it’s seeking to change up its approach to celebrity/verified accounts and their role as a platform to facilitate the relationships between celebrities and brands.

Read next: These are my favorite menu bar apps. What are yours?