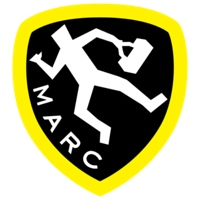 We’ve confirmed that Twitter is now rolling out direct image uploading on Twitter.com, as first reported by Mike Cane. This feature allows you to upload an image directly for use in a Tweet, in a similar fashion to the way that you can with most third-party Twitter clients.

The upload button appears to the left of the location icon, just underneath the ‘new Tweet’ box. when you click on the button, a popup appears that allows you to upload your image. This feature will store images with Twitter photo sharing partner Photobucket.

Once you’ve uploaded a photo, a thumbnail preview of it is shown below the Tweet’s text area.

The feature seems to be rolling out to users now, as some of the TNW staff have seen the feature while others have not. Twitter demonstrated the feature along with its new search engine earlier this year. Twitter has also noted that addional photo features like Galleries will be available soon.

If you’d like instructions on how the new system works, you can visit Twitter’s help topic on the subject.

Twitter has also confirmed some details about the service. You will be able to continue using third-party upload services like Twitpic and yFrog, and those images will also show up in the upcoming galleries feature. Protected accounts will not display images uploaded through the Twitter photo service to the public.

Images have their EXIF data stripped, removing any informaiton that could potentially be private. When you delete a Tweet, the image goes with it and Twitter’s service will no longer store it.

There is apparently an image upload API that will allow developers to use the service, but it will not be released until the feature has been rolled out to all users.

We’ve confimed that the photo uploading feature is now rolling out to users. Are you able to upload photos directly from Twitter.com now? If so, let us know in the comments below.