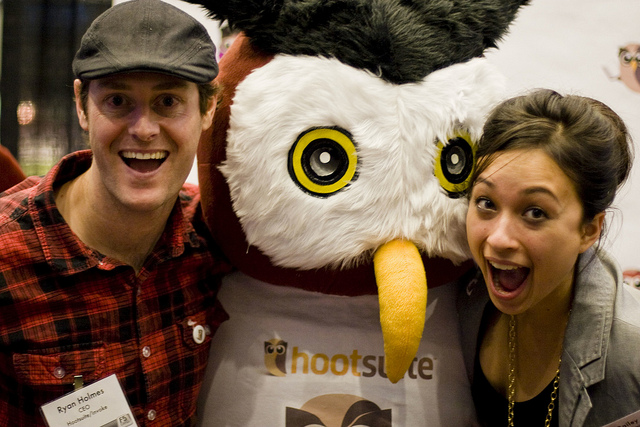 Social sharing tool HootSuite today announced it had hit a new milestone, registering its 2 millionth signup just seven months after it had reached one million users in November 2010.

Signups are likely to have been helped by the companies decision to adopt a Freemium model, crafting package tiers to provide an extensive range of tools to both consumers and businesses – keeping it free for 95% of its users. The company also has popular apps available on the iPhone, Android, BlackBerry and iPad which post to a range of social networks.

HootSuite details its plans for the future in its blog post:

Amidst all the consolidations, acquisitions and changes in the marketplace, we are proud to keep leading the way with unique features and thoughtful improvements. As the first social media dashboard, HootSuite has helped define new ways of understanding how social media tools and tactics can be applied to small and enterprise business, political campaigns, government management, civic revolutions, emergency response or just connecting with friends about hobbies you enjoy.

To celebrate its impressive milestone, the team created an infographic to document its growth. Did you know HootSuite reaches 3.3 billion users with messages sent from its tools? Neither did we. Read on to find out more impressive statistics.

Read next: The Google+ Survey: The Next Web Wants Your Opinions.