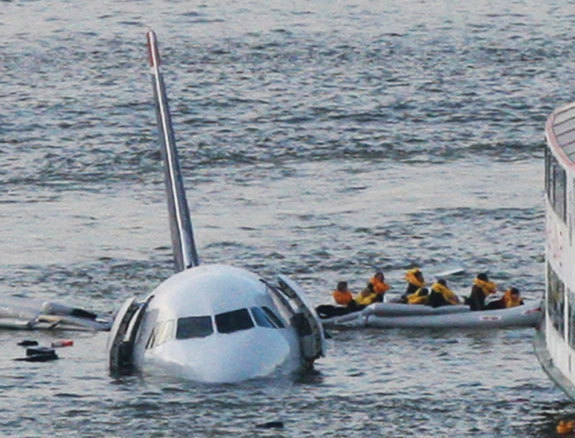 If you’ve read the news in the past week, you would have seen at least one mention of the Twitpic’s new terms of service, an amendment that now states that the company will hold the commercial rights to its user’s photos, selling them to third-party media establishments should they be of a celebrity or of a viral nature.

When it comes to the major Twitter photo sharing services, most are dedicated portals created by businesses already successful in the photo sharing market; Plixi (formerly called TweetPhoto) is now owned by Lockerz – a company which already had 18 million members worldwide before it acquired the photo sharing service – hosting over 1 billion photo uploads a month, yFrog is an offshoot of Imageshack and Twitgoo is owned by Photobucket.

However, there are number of successful Twitter sharing services that aren’t operated by larger players in the image sharing market; Twitpic is perhaps the most well-known but another service has also enjoyed incredible success whilst keeping users in control of their photos – that service is Mobypicture.

Mobypicture launched in 2003 and at the time could not have been further away from the online services it now supports. Originally created to serve as a way to solve interoperability between operators, which did not allow their customers to send MMS messages to different networks, Mobypicture solved problems by letting users send MMS messages to their personalised email addresses. They would be uploaded and saved to a webpage that could be accessed over a WAP connection.

As social networks become more popular, the service evolved to support Facebook’s API’s in 2007 and adapted to support Twitter in the same year.

Mobypicture has 600,000 users today but becoming a fixture in some of the world’s most popular Twitter apps can either be simple or difficult depending on whether a developer charges for a default spot in the photo service listings.

It has been reported that some Twitter application developers, which will remain unnamed but offer clients on a number of different platforms, allow photo sharing websites to partner with it and pay to have their service featured within the apps it provides. It has also been suggested that these companies also signs deals with the same platform owners to take a cut of the advertising income from the services that it features. This means that in some cases only the big players can afford to have their service present within these apps.

If a company is hosting images for free, it needs to monetize its service. Some companies, including Mobypicture, look to adapt their platforms to create products that can be sold as packages to power Twitter analytics for conferences or providing dedicated rooms or sharing groups that can collate tweets at events, adding a touch of personalisation and sharing that might not necessarily be present when users tweets are lost in the Twitter firehose.

Mathys van Abbe, Founder of Mobypicture, who runs a service that displays no third-party advertising, wanted to keep the media sharing experience as light and as uncluttered as possible. Instead of ads, Mathys licenses Mobypicture’s external tools like MobyNow (a real-time sharing platform) to bring in revenue for the service.

We have been focusing on building the best service, features and APIs, we don’t even have any ads on our site. We don’t like advertising, instead we build non-intrusive business models so that everybody wins.

We earn money with our MobyNow, directing links associated with conferences and events (using a specific keyword or hashtag), tweets from editors and speakers, even geo-fenced content, to a client’s site which hosts our platform. This gives the owner all of the traffic and helps them facilitate the conversation.

Mathys says that he has been able to sell two specialised versions of the MobyNow a week (including a portal for our very own conference), ensuring he doesn’t have to put ads onto the website or sell user photos to help cover costs.

Mobypicture is one of the few sharing services that hasn’t signed deals with advertising companies or content syndicates which will sell photos posted to the service to media outlets. As we have reported previously, Twitter photo ownership has become somewhat of a grey area, with many of the popular sharing services either assuming control of user photos completely or requiring them to sign over the commercial rights to their images as soon as they are uploaded.

Twitpic recently signed a deal with WENN to sell on the media photos posted by celebrities on Twitter, this followed a similar deal in January by Plixi (now known as Lockerz). When Twitpic amended its terms of service, users would still retain copyright of their photos but the company would automatically be able to exploit the photos for commercial gain.

Van Abbe, when asked about potential partnerships with media companies, said that agencies would contact him on a regular basis and that WENN had enquired as to whether Mobypicture would license its content to third-parties:

WENN contacted us in January and we were recently approached by ImageCollect, an agency that I think shares its revenue with the users. The problem is that media outlets often just grab pictures and then say the source is Twitter. This sucks.”

When asked if Mobypicture would roll out a service to help users license their photos:

Maybe, if it will really benefit the user. We have discussed whether we should create a module that can be added to the site that will allow third-parties to get in contact with the user and arrange the licensing of their photos themselves.

We don’t offer such a service currently, but if we see an image posted to Mobypicture that has been used by the media, we will actively find out which outlet has used it and contact them for a response.

When it emerged that many of the Twitter popular photo sharing websites took rights from their users, Mobypicture emerged as the alternative that would allow Twitter members to upload and share their images, without losing any rights in the process. In just under a week, Van Abbe estimates that over 10,000 users migrated their accounts to Mobypicture from other services.

Around 90% of the 70,000 pieces of content shared each day using Mobypicture are sent to Twitter. If its users post to more than one platform, they share with an average of 2.4 services. The huge share of Twitter sharing is mostly because the microblogging platform does not have its own image sharing service, whereas rivals including Facebook already hosts one of the most popular image storage repositories in the world.

Of course, Twitter could announce tomorrow that it is to launch its own image sharing service. This could almost immediately put an end to many sharing services, which would not be able to compete with a default Twitter option. Despite that ever-looming threat, image sharing via Twitter continues to boom with Mobypicture posting growth of between 12-20% each month.

Recent events have helped the company raise its profile but gaining a following outside of The Netherlands, where Mobypicture was founded, has been difficult achieve, especially with the Twitpic’s Twitter-like name and the external buying power of other sharing services:

After Twitter and Facebook become more mainstream, Twitpic launched. Although we were one of the first services out there, Twitpic was US based and had a Twitter-related name, which really helped them grow.

We got a lot of traction in The Netherlands initially, when Twitter was not mainstream. Since then we have been able to license our platforms with a number of different global companies. For example, we partnered with Universal Studios here in Holland and launched a platform for the Intel Developer Conference in the US last fall.

We just want to focus on the best features, best apps, best APIs, right partners, evangelists, best support and working with developers to include our APIs. We are already in over 1000 apps/sites/services.

With its rivals mostly based out of the US, Van Abbe is looking to open shop in America, having already visited the country to browse for locations eight times in the past year. The company is completely bootstrapped so far, meaning it wouldn’t require investment capital but Van Abbe says “it is a difficult decision” because the company is “approached by VCs, angels and publishers every week”.

Additional funding could help the company partner with app developers to grow the service, but with more than just one Twitter product at its disposal, the company already has the means to raise capital on its own.

Twitter image hosting is all about ease of use and reliability. Many users have felt insulted by the fact that some services are willing to sell their photos and have since moved, but the real way to stay in control of photos is to host them on a private server and then try to upload any third-party use. With many Twitter users snapping pictures of their everyday lives, they don’t feel the need to set up their own service when they have a number of companies that will do it for them.

For a service that doesn’t use traditional means of monetizing its service, Mobypicture has to innovate to ensure that people are inspired to use the service once they see it. As it stands, Mobypicture is functional but it doesn’t have a strong design, one that makes it stand out from the other services out there. With services like Instagram making a splash with its functional and unique design, Mobypicture could look to incorporate more style than its traditional white layout. A greater call to action, or more prominent signup button would also help incentivise users to register.

To gain more users, Mobypicture does need to ensure it is present in the most popular Twitter apps. Currently, it is present in Seesmic and Tweetdeck, but does not feature in all of the cross-platform apps (not in ChromeDeck for example). The same goes for Twitter itself, the service is live on Twitter for iPhone yet it doesn’t appear within the Twitter for Mac client. It might not necessarily be a fault on Mobypicture’s part but having a uniform presence across all apps (at least those that don’t charge) is a necessity to become the most well-known service.

The photo sharing market is competitive, there are significant amounts of money being made by the major players in the space. Noah Everitt, founder of Twitpic has already turned down a $10 million dollar offer for the service, which showed its usefulness when a member of the rescue party heading to the scene of the Hudson Plane Crash tweeted a picture of the plane as he approached.

Widespread adoption might not be about money, it might just be having that all important viral hit to make you visible in the public’s consciousness. I get the impression Mobypicture would take that in an instant but the company has made sure to diversify its platform so that it can be utilised commercially by event organisers and corporates, so it doesn’t have to water down the experience for the most important factor in its business – its users.