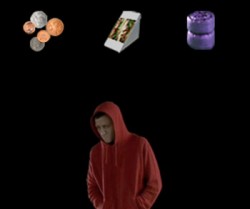 Twitter‘s #devnest event in San Francisco is under way, and aside from the incredible stats revealed about the Twitter ecosystem, Twitter also mentions the types of apps developers should focus on, namely, Analytics, Content, Curation, Publishing, and Enterprise.

Back in March, Twitter’s Ryan Sarver made an announcement discouraging developers from building new Twitter clients. As it turned out, Twitter is just telling developers that the bigger story is building on the other facets of Twitter, rather than just becoming “yet another client”.

In today’s #devnest event, Twitter invites developers  to tap into these five areas of opportunities instead.

There are a bevy of Twitter apps available that fall under these categories and here are a few examples:

Twitter users are obsessed with finding out the numbers behind their Twitter usage. Aside from simply looking at one’s follower count, there are more robust tools such as Klout, which measures a user’s impact on their Twitter network by gauging their personal influence. Another example would be ManageFlitter, a web app that displays a visual representation of your Twitter clutter. The app breaks down lists, noted with icons of the people you follow you don’t follow you back, Twitter people you follow who haven’t yet uploaded a photo, inactive Tweeters, talkative Tweeters and quiet Tweeters.

Content syndication via Twitter has gone mainstream — good thing there are tools that make it easier such as Twitter Tools for WordPress, a plugin that creates a complete integration between your WordPress blog and your Twitter account, or Spread.us, a tool  that lets users set-up simple filters to spread relevant breaking news on Twitter and Facebook before anyone else gets to it.

Twitter revolutionized the way people share content and site links; however, the only way users can “remember” memorable tweets is by using Twitter Favorites. A good alternative app for curation is curated.by, an app that allows people to curate and share lists of Twitter favorites around topics of particular interest by bridging the gap between Twitter Favorites and social bookmarking. There’s also Scoop.it, a curation service that gathers your interests into one place.

There are several ways to publish on Twitter. There are tools like Hootsuite, which allows users to manage and post simultaneously among multiple Twitter accounts and schedule times for tweets to go off. Another option would be BufferApp, a simple web application that lets users designate fixed times for tweets to get published.

Cotweet and Seesmic are fine examples of tools used by companies to monitor conversations related to their brand and engage with customers. These tools offer the ability to handle multiple accounts, schedule tweets, post to multiple accounts and manage workflows.