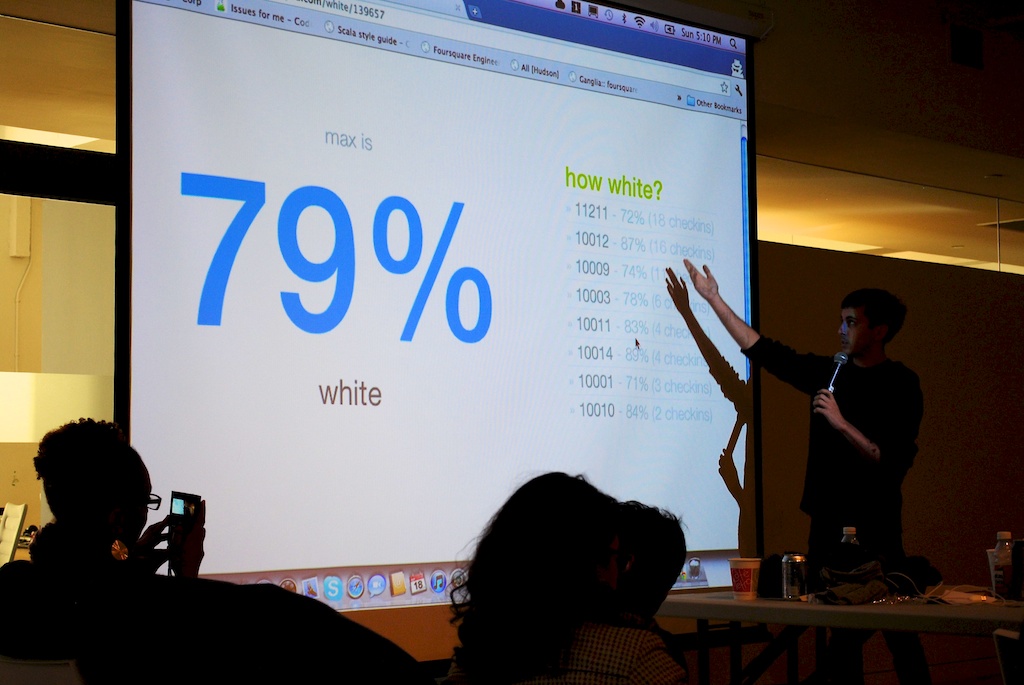 If you’re a regular reader of The Next Web, chances are that you’re a pretty regular Twitter user too. As the service celebrates its fifth birthday, our minds have been cast back to the first time we ever used it.

In its short life it’s transformed the way that many people communicate and receive information online, but how did you feel about it when it first launched?

Here are our memories; feel free to share yours in the comments below. Top tip: Discover when you joined Twitter here. You can find out your user number by clicking the RSS feed link on your profile page. the number in the URL is what you’re looking for.

Matt: “I remember joining Twitter because members of a message board I frequented started using it. As it became more and more popular, the service began to crash repeatedly and we would go many hours without the ability to post. I joined its then rival Plurk, hoping it would provide a similar experience, only to come back just under a week later.

“Since then I have gradually increased by followers, connecting with people virtually and then meeting them in real-life, making some very firm friends in the process. To this day, Twitter continues to be my number one place to keep up on what is happening in the world, particularly with what’s occurring in tech.”

Martin: “I joined Twitter on 8 November 2007 as user number 10,064,382. That’s pretty late for an ‘early adopter’, but I’d toyed with signing up regularly throughout the previous year and honestly didn’t see the appeal. Sure, for the Silicon Valley set it seemed ideal, but for little old me in Manchester looking to promote the music I did at the time, what was the point?

“Luckily I took the plunge and it changed my life. Being exposed to so many tech savvy, link-sharing early adopters dragged me quickly into the world of tech blogging and I haven’t looked back since. Thanks, Twitter!”

Courtney: “I worked in a newsroom when I signed up for Twitter in 2008. My boyfriend at the time was a self-proclaimed Internet troll, and he thought Twitter was really cool, so I followed suit. First, I was just tweeting LOLCats and Bordom images but then I found it really useful to follow other journalists and reach a wider audience of people who shared my interests, but that I hadn’t met in person.

“So, my Internet troll boyfriend and his friends had been joking about the past tense of Twitter as ‘twatted’. Which is inappropriate on a couple of levels but somehow the word got stuck in my head. I was sitting on the floor of the Forbes gym, with Tim Forbes, the President at the time and my tech editor, Bruce Upbin. We were discussing ways to use Twitter to spread stories better… and well I said, “Bruce, did you see the story I twatted this morning?” Both men suppressed laughter. Tim Forbes, said, “Ah, Courtney, I am not sure that’s the correct past tense of Twitter, maybe Tweeted?””

Brad: “I joined in very early 2008, after having watched the site for quite some time. I bounced back and forth between Twitter and FriendFeed, as FF was really taking off about then and I didn’t quite get the “idea” of 140-char conversations versus more long-form pieces. As time went on, I started to see more useful information and the limited chars somewhat forced me to dig into the story behind the headline. By mid-08 I got my first DJ gig via a random Twitter @ and realized that there was a lot more to it.”

Zee: “I initially signed up with Twitter after Leo Laporte brought it to my attention on his show, TWiT. I can’t remember who he had on the show but whoever it was had been using Twitter and was seemingly hooked. Leo, on the other hand, wasn’t best pleased with the fact that this startup with a similar name to his show was generating buzz in his space. I signed up to make sure I had my username of choice and forgot about it for a few months.

It did eventually begin to gain more popularity overseas and it was then I began to invest more time in it. It was Gary Vaynerchuk who helped me realise its true potential as a communication tool and a way to spread (and hear) news fast. Quite honestly, I still had hope that Friendfeed would eventually steal Twitter’s throne but after its acquisition by Facebook – that little pipe dream was over.”

Brodie: “I signed up for Twitter the first week of the iPhone launch in Canada (the summer of 2008) and was lucky enough to grab the @iPhonegirl handle. I was completely enamored with my new device and spent pretty much every waking minute investigating my new toy and downloading apps.

“Twitter was merely one of the cool things my iPhone could do and as the days went by I became inundated with questions about the iPhone from my new Twitter followers. They presumed I worked for Apple, or was at least an expert in the field. So I rose to the occasion and began answering the questions the Twitterverse was throwing at me. In retrospect, Twitter was probably the most important thing my new iPhone could “do”.”

Alex: “I joined Twitter in the early summer of 2007, and I hated it. I sent a few tweets and became instantly bored. But later, when I was watching my first tech event via livestream while working for Clicky Web Analytics, I fired up Twitter again and began to tweet at a manic pace. I realized that I could literally run live commentary of the event. It felt like that time when I realized that with blogging I could say exactly what I thought and no one could tell me otherwise.

“Ever since that moment it has been all love between me and Twitter. 25,000 tweets in I am just ghetting started.”

Read next: All-star investor backed Beautylish is a social network for the beauty biz