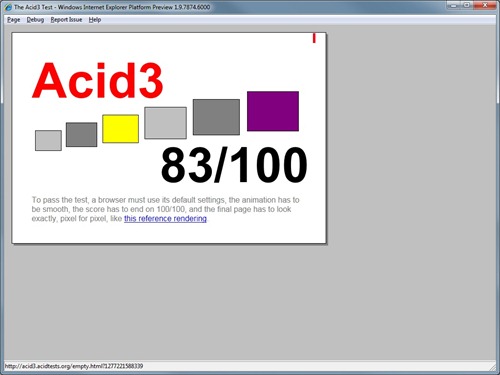 Last week, I came across an interesting article on ReadWriteWeb titled: “Why Twitter Must Expand Beyond 140 Characters.” Going by the title alone, I can say without hesitation that calling it ‘a bad idea’ would be an understatement. In fact, I believe it would completely kill the very essence of Twitter.

To give RWW the benefit of the doubt (and to prepare for this piece) I of course read it and expectedly, there were some interesting points but alas, nothing particularly convincing. The post was inspired by the new Tweetdeck feature, deck.ly, that allows users to tweet more than 140-characters. RWW founder and Co-Editor Richard McManus believes that longer messages will eventually be a requirement for Twitter to “expand to the mainstream.”

First of all, the Deck.ly idea isn’t particularly new. Services like twitlonger have been around for a while and people have been using it in the most used client of all time– the Twitter.com web app. Throughout this piece, I will be presenting counter-arguments to the points raised by McManus.

Saying something is a “constraint” sounds so derogatory. For semantics’ sake, I would rather call it a “creative feature” and that’s exactly what Twitter is all about that. It’s a completely different user experience that caters to a particular crowd.

There’s actually a reason behind the not-so-arbitrary 140 character limit of Twitter and that is simply to fit in an SMS message. It’s a limitation that actually defines and sets Twitter apart from other services in so many good ways. It is easier to consume, cheaper in terms of SMS/data sent and received, and it actually encourages people to get straight to the point.

A lot can be said in 140 characters. If you need to say more, there’s actually something that works better than deck.ly. It’s called WordPress.

“…However there is a significant user experience issue with that, in that it often introduces an extra click for the user. A lot of Twitter’s beauty as a consumer of tweets is that you can scan a bunch of tweets in one go.”

I actually agree – the extra click is a chore. But that’s exactly why it’s a feature and not a constraint. If you really have something worthwhile to share, make sure it’s something that will make people click based on the first 140 characters.

One thing’s for sure, I’d rather click on a few useful, important links than having to scroll through everyone else’s “longer” tweets. Not only will it end up taking longer, it will simply massacre the simplicity and ease of experience that is Twitter.

“…Twitter users won’t stop producing short tweets just because long ones become available to them. They’ll use the long tweets sparingly, because they’ve been habituated into doing short tweets.”

This is where it becomes complicated. McManus claims that Twitter must remove the limit but they must also monitor use to prevent a “drastic change in user behavior.” I can’t help but feel that the McManus isn’t completely convinced himself.

While people who are accustomed to Twitter might stick to short tweets, there will also be a huge number of new subscribers to the service. Back in 2010, Twitter had almost 200 million accounts but 80% of the users tweeted fewer than ten times. Moreover, 40% of them never even sent a single tweet at all. It’s also important to mention that it was growing at around 6.4 million new users per month. This is phenomenal, and it would be foolish to not take these new users into consideration.

“Without a character limitation, Twitter will actually be easier to promote to mainstream users. It will remove an extra barrier for people to start using Twitter.”

Actually I feel quite the contrary. If tweets were even just as long as the first paragraph of the excerpt of this blog, it would definitely be long, tedious, and a complete turn-off – especially for mobile users, who account for 40% of all Twitter users.

Characters and words do not exactly equate to a message. It all depends on how one structures a sentence or a phrase. Again this goes back to the reason why it is limited to 140 characters, which is not because the creators of Twitter didn’t want us to convey messages. Rather, to be creative and smart by communicating a message using the fewest possible words.

Can’t think of a shorter way to write Tweets? Try Thsrs, a service that actually lets you find shorter synonyms of words, or any of the other suggestions in our article: “How to squeeze more into your tweets.”

“If Twitter wants to continue its expansion into the mainstream, it needs to lose the 140-character limitation and just market itself as the world’s leading ‘real-time messaging service’.”

I simply couldn’t disagree more. Twitter does not have to expand beyond 140 characters. Why take away its heart and soul? Alternatively, here are 8 features Twitter.com should have that could actually help the microblogging service grow.

Read next: The MessageParty App is everything that is wrong with technology