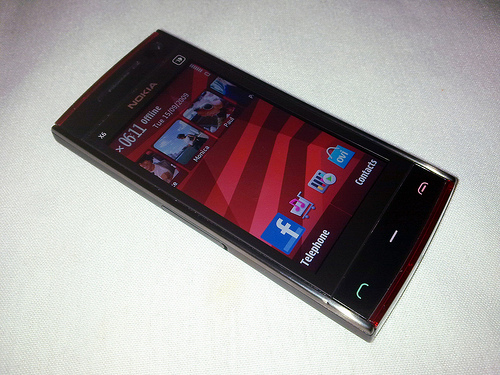 Twitter has truly revolutionized they way people communicate. As true as there are more feature-rich Twitter clients out there, namely: Tweetdeck, Seesmic and Echofon, there’s no doubt that the official web app is still the most popular way of accessing Twitter.

It has undergone a major face-lift which added a lot of functionality but it still doesn’t compare to clones such as China’s Sina Weibo, which now offers more multimedia options. As much as we appreciate the simplicity of Twitter, there are a few simple features that we think would make Twitter’s web client better: Twitter lists are an effective way to categorize different people. Whenever users want to contact everyone on the list, the 140-character limit is quickly consumed when users manually have to put the twitter handles of each recipient into the tweet. It would be wonderful if users were able to send tweets directly to lists, where everyone listed could be alerted to the @mention. Similarly it would be useful if users were able to send direct messages (DMs) to lists too, like a private group conversation of sorts – understandably you’d need to be following and followed by the people within the list.

I just recently discovered Twitter search operators that helps users find old tweets, and it’s extremely helpful. However, it is limited only to recent tweets, meaning tweets you made months ago are probably gone, or at least unsearchable. We would certainly appreciate it I could dig up my old tweets on an archive. Or better yet, an option to export tweets in a single file, just to make sure all my tweeted memories are intact. In the mean time, you might find this tool useful.

There could be a lot of reasons for someone to want to schedule tweets, and apparently, there are a lot of online services and clients that let them do this. A simple option to delay tweets by scheduling would come in very handy.

Twitter actually has its own analytics tool of sorts but only for users of Twitter for Business as a premium. Our own Twitter Counter web app offers similar features and a whole lot more. But what neither offer and should be made available to all twitter users at a premium is a way to tell how many people have visited your profile, how many people had decided to follow and probably most interestingly, where on earth they came from?? Make it happen Twitter.

A lot of Twitter clients actually have this feature. I especially like Tweetdeck’s way of prompting users whether to edit using the old RT style or straight retweeting. It’s actually pretty easy to do manually but still, nothing beats one-click RT’s like it used to.

When following a lot of people, the constant flow of tweets gets very confusing. It’d be great if unread tweets had a darker shade of gray perhaps, which turns to white background once a user scrolls past the post. What I like about my Gmail is how I’m able to keep everything organized. It would certainly make my timeline more manageable if there are small icons representing posts from different lists. Additionally, users should be able to click on those icons/labels to show tweets from that list on the right pane of the web client.

Tired of seeing tweets about an event you didn’t attend to, foursquare check-ins, or an annoying friend? An option would be to unfollow but that entails completely cutting ties and not being able to read other tweets. A better alternative would be to have the option Echofon recently implemented on its client: the ability to mute any hashtag, application, or user, which can also be reverted back to normal without having to notify the user who is muted.

If you have your own wishlist for Twitter features too, let us know in the comments section.