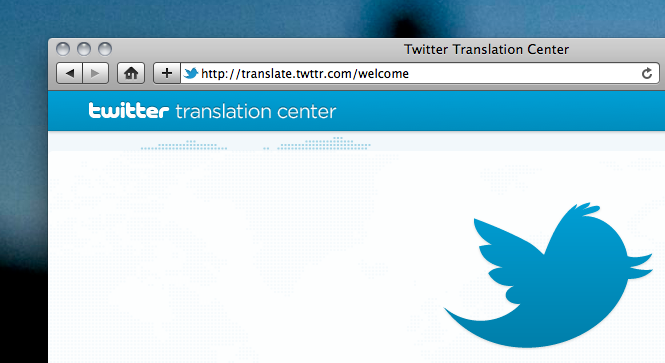 With Twitter already having been translated into 7 languates officially, the company is looking to extend its reach. As CEO Dick Costolo announced from The MWC keynote today, Twitter’s goal is to be available on every platform. In order to reach that goal, the company needs translation into even more languages.

The Translation Center appears to be a direct result of feedback received from Twitter’s translation volunteers thus far. Integrating the features that were most requested, it allows any user to sign up and start translating. Oh, you’ll also want to follow @translator on Twitter to keep up with the latest information.

Read next: Everything you need to know about Internet Explorer Mobile 9