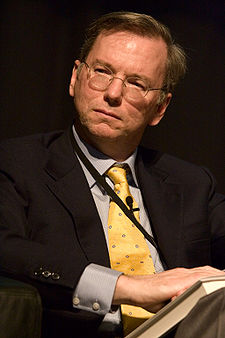 Tweetdeck announced its latest product today, unveiling Deck.ly, a feature that will allow users to post Tweets longer than 140 characters and could turn Tweetdeck into a righteous network in its own right.

We caught up with Iain Dodsworth, founder and chief executive for comment.

Currently there is a 500,000 character limit for testing purposes, but it will be removed soon, so you will be able to write some pretty serious tweets on this platform. If you use Tweetdeck’s desktop, ChromeDeck and mobile apps you will be able to read the longer posts within the app. Expect software updates next Monday after some testing this afternoon, with Facebook support coming soon. For users using Twitter’s website or other apps, shortened Deck.ly posts will be readable at this website.

Coming soon will be a dedicated Deck.ly homepage with a built-in search option so users can search through the tweets that are stored in Tweetdeck’s servers. Dodsworth imagines this homepage could evolve into its own blogging platform. It still needs Twitter’s established community to have a voice, but it could turn out to be a much more robust platform than Twitter itself.

Tweetdeck has had well over 20m desktop downloads to date, with 2.5m downloads on the iOS apps. With this manpower, Tweetdeck could potentially run ads against a visited page when viewed from its platform. Tweetdeck is also considering adding a new “sponsored content” column to its free desktop app.

“So if you want everything on the Super Bowl, you could add a sponsored channel,” Dodsworth said to the FTtechblog. “We are playing with those ideas and talking to a few people. Are there interesting ways of getting content- or column-based advertising, because that is what the Tweetdeck audience are comfortable with?”

Deck.ly will be a source of positive growth for Tweetdeck whether it goes in the blog direction or maintains itself as an extension of the Twitter platform, and it’s certainly going to gain serious momentum amongst the more verbose Twitterers out there… you know who you are.

Just spotted a Deckly test tweet/post from Conrad Oldcorn, one of Tweetdeck’s staff members. Below is what a new Deck.ly post will look like. Who else considered Tweetdeck would turn itself into a full fledged blogging platform? Wonder if we’ll see a name change soon to remove the Tweet from Tweetdeck.

Read next: The Fall of the House of Paper in the US [Infographic]