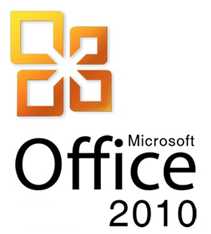 Just a few hours ago it became apparent that Twitter had been ordered by a U.S federal judge to provide information on key Wikileaks members using the social network.

Twitter must disclose any data associated with Wikileaks founder Julian Assange, but also Bradley Manning (the U.S Army private who leaked confidential cables) and other key members of the Wikileaks organisation.

The information the court expects to be handed over include “subscriber names, user names, screen names, mailing addresses, residential addresses”.

Twitter has responded to the requests, a spokesperson commenting:

“We’re not going to comment on specific requests, but, to help users protect their rights, it’s our policy to notify users about law enforcement and governmental requests for their information, unless we are prevented by law from doing so. We outline this policy in our law enforcement guidelines.”

Kara Swisher, editor of the popular AllThingsD blog spoke with Twitter CEO Disk Costolo last night at CES in Las Vegas, the executive touched on the issue but wasn’t able to specifically detail any information about the case. However, he did note that he disliked government mandates to keep things quiet, also pointing out Twitter’s desire to provide a way for people with useful information to connect.

Salon is reporting that the documents concentrate on three individuals connected with the Collateral Murder video, a video leaked to Wikileaks that showed a U.S helicopter pilot shooting unarmed members of the press in Baghdad. The report also notes that Wikileaks intends to contest the order.

The Justice Department has not commented on the issue, you can also find below a copy of the order (via Salon):

Read next: Get your own free, delicious and gorgeous 'bloggable' sticker!