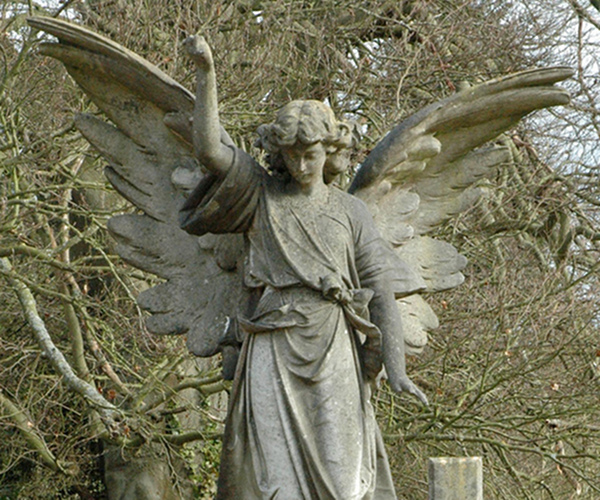 We don’t know when life will be cruelly snatched from us, but whenever you die, your Twitter account will remain, probably reading like a mundane, self-penned epitaph.

I’m writing this on the flight back to the UK from the LeWeb conference. It’s only an hour-long flight but I’m painfully aware that if, heaven forbid, the plane should drop out of the sky into the English Channel, my last ever tweet will be a silly reply message saying: “Oh Noes!” They’re not what I’d prefer to have as my last-ever digital words, that’s for sure.

How long will your Twitter account stay in place after you die? That depends. Over on our Dutch language service, Patrick recently covered the story of celebrity Antonie Kamerling in the Netherlands who was still being recommended to other users after his death. Twitter told us that in order to remove an account:

“The family would have to write to [email protected] to have the account removed/closed, and then it would stop appearing (there are ways to backup the Tweets etc, and the person who responds to the email will help with all of that).”

So, depending on what instructions Twitter receives from your family, your account could be around for days, weeks, months or years after you pass away.

You might think that no-one will care about your Twitter account once you’re gone. That may not be the case. Recently a popular, but not ‘famous’, member of the UK’s digital industry community passed away. Although I’d never followed the man, I was moved by the sight of my Twitter stream being filled for two days by people expressing their grief for the passing of someone who, in many cases, they’d never met. The only way they knew him was from his tweets. In essence, they were mourning the death of a digital persona.

So, your Twitter presence may be a more significant part of your overall ‘life story’ than you think. Simply by sharing your thoughts, your favourite links and snippets of your life, you could be nurturing a bond with your followers that runs deeper than you might think.

While I’m not suggesting that every tweet you publish should be a profound statement, it’s worth bearing in mind that your Twitter account could end up becoming an unintended legacy.

Read next: The Art of Trolling: A 2 Minute Video Explanation