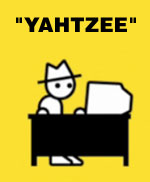 If the rumors that we’re hearing are true, members of the 4chan-started group Anonymous have begun an attack on Twitter. Why? It appears that Twitter has blocked the accounts associated with the group, according to a post over at Forbes and a thread on the /b/ forum of 4chan.

Looking at the downrightnow link for Twitter, it does appear that at least some of parts of Twitter have been under heavy attack in the past couple of hours:

While there is no section showing a 100 percent outage of the site, drops to even 50 percent usability are significant enough to report. We’ve reached out to Twitter for a response, but as of yet have not gotten a reply.

Twitter, however, seems to be confident that it can withstand the attacks when speaking to Forbes.com earlier:

We have faced cyberattacks in the past, as most web companies do, and we are generally prepared to defend against them.

It is worth noting that Twitter has closed at least one account belonging to the OperationPayback group, but others have since spawned. As is typical for attacks from Anonymous, the group will tend to spread its members across various different platforms for ease of operation.

It has been a day full of attacks across the Internet. Early in the US hours, MasterCard came under fire, quickly followed by Visa. Both attacks seem to stem from the individual companies pulling the ability to support Wikileaks via donations through MasterCard and Visa.

Most recently, former Alaska Governor Sarah Palin’s personal information has been released onto the Internet, arguably because of her verbal support for the downing of Wikileaks. There is also some muttering going on about attacking PayPal, and the newest account for Anonymous on Twitter appears to be leading the charge:

We’re continuing to dig around and find what we can. In the mean time, hold on to your hats, as it might be a bumpy evening ahead of us.

Update: It appears that things have settled for the Twitter camp. The original @Anon_Operations account has been restored, and according to a tweet from the account, it was closed by accident. Judging from what we’re seeing on the graphs, the last attack on the service was over two hours ago and things appear to be running smoothly now: