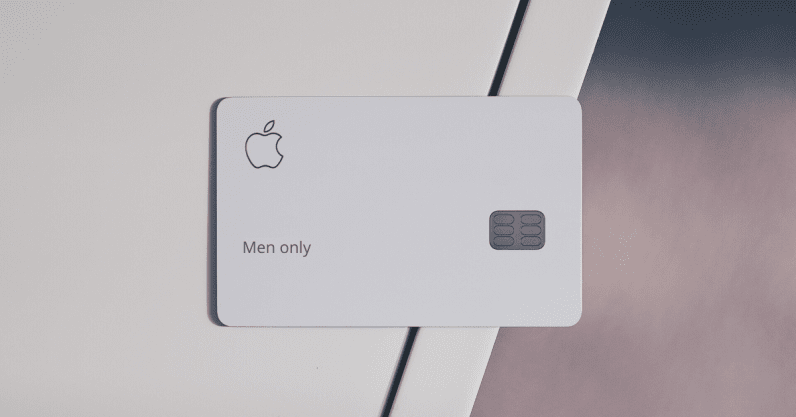 Last week, David Heinemeier Hansson, a software developer, took to Twitter after he and his wife applied for the Apple Card and compared their spending limits. Hansson clarified that his wife, Jamie Hansson, had a better credit than he did, yet her application for a credit line increase was denied.

Hansson pointed out that the ‘sexist program’ gets even worse. In a screenshot posted to Twitter, he said even after his wife pays off an already low limit, the card won’t approve any new spending until the next billing period. After Hansson’s tweet went viral, the New York’s Department of Financial Services announced on Saturday that they’re launching an investigation into Goldman Sachs, the investment bank who provide the Apple Card, and the algorithm used by Apple Card to determine the “creditworthiness” of applicants.

The @AppleCard is such a fucking sexist program. My wife and I filed joint tax returns, live in a community-property state, and have been married for a long time. Yet Apple’s black box algorithm thinks I deserve 20x the credit limit she does. No appeals work.

It gets even worse. Even when she pays off her ridiculously low limit in full, the card won’t approve any spending until the next billing period. Women apparently aren’t good credit risks even when they pay off the fucking balance in advance and in full. pic.twitter.com/9yFtoRj3Xk

In a statement to Bloomberg on Saturday, a spokesman for Linda Lacewell, the superintendent of the New York Department of Financial Service, said: “The department will be conducting an investigation to determine whether New York law was violated and ensure all consumers are treated equally regardless of sex. Any algorithm, that intentionally or not results in discriminatory treatment of women or any other protected class of people violates New York law.”

The Apple Card was launched back in August, and Hansson’s experience isn’t the first of its kind. In reply to his first tweet, multiple users, including Apple’s co-founder Steve Wozniak, replied saying the same thing had happened to him and his wife after he was granted 10 times more spending limit.

The same thing happened to us. I got 10x the credit limit. We have no separate bank or credit card accounts or any separate assets. Hard to get to a human for a correction though. It’s big tech in 2019.

On Twitter, Goldman Sachs tried to defend itself explaining: “Please know that Goldman Sachs will never consider sex/gender or any other prohibited bases when making credit decisions.” In a statement to Bloomberg, a spokesman reiterated: “Our credit decisions are based on a customer’s creditworthiness and not on factors like gender, race, age, sexual orientation, or any other basis prohibited by law.” But it failed to explain why a woman, with a higher credit score, didn’t receive the same, or a higher spending limit.

As Hansson pointed out, his replies were flooded with “mansplainers” questioning his wife’s credit score and defending Apple from criticism — “almost like men are over represented in the defense/justification of discrimination that doesn’t affect them.”

For now, it’s unclear how long the investigation will take, and if it’ll make any real change in how the card issue determines the creditworthiness of applicants. While the investigation is a step in the right direction, the incident is yet another reminder of the need for diverse teams to work on algorithms to prevent discrimination.