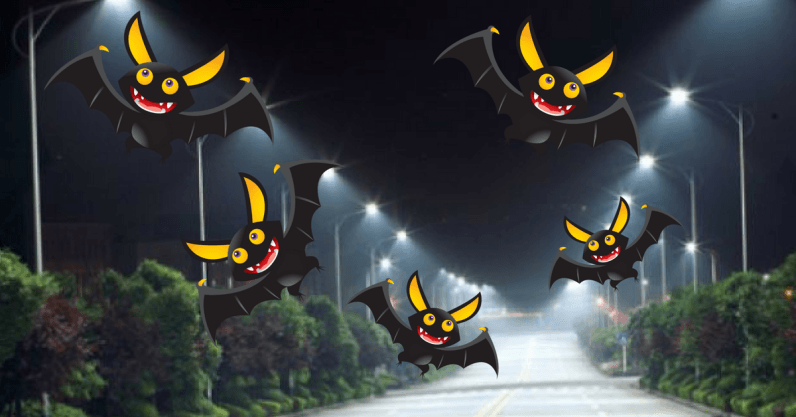 Have you ever heard of a bat-friendly city? Me neither. But the Dutch town of Zuidhoek-Nieuwkoop is claiming to be the first – and probably only – bat-friendly town in the world. The town is home to many rare and vulnerable plant and animal species, among them a number of rare bat-species.

And apparently, bats, although being blind, are bothered by streetlights. The light that’s emitted from typical streetlights disturbs bats’ internal sensors and rhythms and affects their feeding patterns, inner compass, and general nocturnal behavior. Bats typically feed on a variety of insects, and these tend to swarm around lights.

Signify (the new company name of Philips Lights, since May 2018) has developed the special streetlights used in Zuidhoek-Nieuwkoop. Along with the University of Wageningen and other NGO’s active in conservation, they’ve designed the special light recipe that emits a red color and uses a wavelength that doesn’t interfere with bat’s internal compass and lets them feed undisturbed.

The lights, being both beneficial for bats and humans alike, are also proving to be extremely energy saving, and is therefore also a big plus for the environment and the town’s carbon footprint. The lights are connected LED lights that can be controlled remotely. This means that if there is one particular neighborhood in need of more or less light, this can be adjusted as needed.

Zuidhoek-Nieuwkoop, due to their specific natural surroundings, is keen on being a sustainable town. The town and its surrounding area are part of the nature-protection network Natura 2000, which protects breeding and nesting areas for rare and threatened species all over Europe.

In 2011, the town took the initiative to build 89 new houses according to the highest possible sustainability standards. From this initiative came the decision to create special streetlights, designed to not disturb the bat species also inhabiting the area.

Nieuwkoop is the first town in the world to use smart LED street lights that are designed to be friendly to bats. When developing our unique housing program, our goal was to make the project as sustainable as possible, while preserving our local bat species with minimal impact on their habitat and activities. We’ve managed to do this while keeping our carbon footprint and energy consumption to a minimum.

Read next: Netflix is definitely not getting into gaming (but define 'gaming')