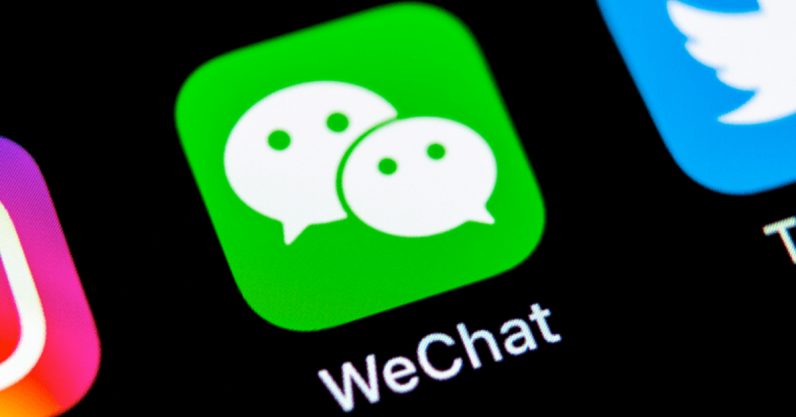 Chinese Americans are waiting nervously to hear whether the Trump administration’s efforts to ban the app WeChat in the US will be successful.

Donald Trump issued an executive order on August 6 placing the Chinese-owned app in the firing line, claiming it was a “threat” to US national security. The order propelled the US Department of Commerce into action to propose banning WeChat from US app stores and prohibit money transfers using the app. This move was met with dismay by many Chinese Americans, who rely on the app as a source of both news and connection with family and friends in China.

On September 20, a few days before the executive order was due to take effect, a federal judge put a preliminary injunction on the ban, bringing temporary relief to the Chinese diaspora. But the Trump administration has since lodged an appeal, indicating a determination to pursue the ban and leaving WeChat users in America uncertain of the app’s future.

Multiple apps in one

WeChat, like the video-sharing app TikTok, has been caught up in mounting trade tensions and a growing geopolitical rivalry between the US and China. The ownership of data and the digital technology companies behind popular apps has taken center stage.

While Tiktok has a strong presence in the US, with an estimated user base of 100 million, WeChat use is more highly concentrated in the Chinese American community, with an average US monthly user-base of 19 million active daily users. However, WeChat is a behemoth in the global app market, with more than 1.2 billion monthly active users in the second quarter of 2020.

[Read: The US is banning TikTok and WeChat — but the benefits won’t outweigh the costs]

Its core function, qun, is similar to WhatsApp – allowing users to create a group of up to 500 members, send text, voice, photo, and video messages to the group and organize group calls. Pengyouquan (similar to Facebook posts) enables users to share updates, while Gongzhonghao (official accounts) is similar to Twitter, allowing individuals, government, media, and enterprises to set up official accounts and feeds. The app’s commercial functionality also makes it similar to apps such as Apple Pay and Paypal.

With this combined massive user-base and range of functionality, WeChat is a central feature of daily life in China. It’s one of the relatively few apps that is available both within and outside of China – representing a vital link for the Chinese diaspora to friends, family, and news from home.

In our research on WeChat use by Chinese citizens living in the UK, it was clear how central the app was to their daily lives. Our participants discussed using WeChat “every minute” and told us that: “Checking updates on WeChat is the first thing I do in the morning and the last thing I do before going to bed in the evening.” Research from Australia shows the app is being used in similar ways there too.

In political terms, WeChat serves a rather subtle function. On one hand, it can be an effective way to raise awareness and mobilize on issues that affect people’s lives. On the other, the platform is steeped in well-founded fears around censorship and monitoring, which can inhibit discussions that challenge authority.

It’s also space where an emphasis is put on pragmatism – and where social ties, or guanxi in the Chinese context, are constructed. Guanxi refers to a range of socio-cultural components such as trustworthiness, reputation, reciprocity, and obligation that can make or break people’s standing in Chinese society. Guanxi provides a way for people to cultivate social relations and exchange favors with others – and WeChat provides the only platform for many Chinese people to maintain such social relations overseas.

Michael Bien, who represents the USWUA, has argued that the proposed ban violates the constitutional rights of Chinese Americans as “an insular group that has historically been a minority that’s been subject to discrimination in the US, by law or by practice.”

The legal action was taken because the ban threatens the essential communication lifeline within the community. As USWUA states on its official website: the American Chinese community has never caused trouble in the US. While it’s unlikely there will be widespread protests if WeChat is eventually banned, doing so will cut off a vital communication tool for this community.

Read next: 4 common mistakes people make when scaling their HR and finance systems