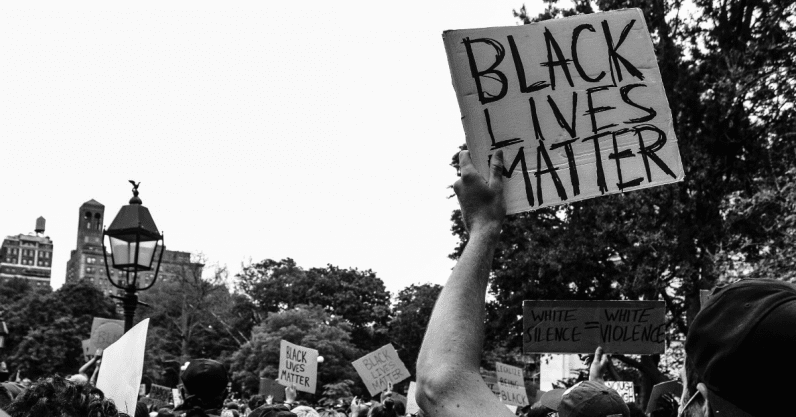 After a black bird-watcher filmed a white dog-walker on May 25 calling the police on him in response to his request she obey the dog-leash laws in the Ramble woodlands area of Central Park, New York, the video went viral. “I’m going to tell them there’s an African American man threatening my life”, Amy Cooper informed Christian Cooper (no relation) before she called 911 and made a deliberately dramatic false accusation.

Melody Cooper, discussing her decision to post her brother’s footage online, told hosts of American talk show The View that she “wanted to shine a light on” Amy Cooper’s weaponisation of racism “so that no other black person would have to go through it from her”.

Over half a century ago, African Americans viewed the potential of the newest development in communications technology, television, in strikingly similar terms.

Under the TV spotlight

In 1957, Howard D Gould told readers of his column in the Chicago Defender, an African-American newspaper, that: “Under the spotlight of TV, discriminatory practices will have to stop”. He explained how the Little Rock crisis, when cameras filmed angry mobs protesting against nine black teenagers attending a desegregated school in Arkansas, demonstrated the unique power of television to expose racism to a national audience.

Civil rights activists in the 1950s and 1960s were well aware of television’s potential to help their cause. “We are here to say to the white men that we no longer will let them use clubs on us in the dark corners,” Martin Luther King Jr said in the wake of Bloody Sunday in 1965, where mounted guards attacked peaceful protesters on Montgomery’s Edmund Pettus Bridge in front of rolling cameras.

Pricking the consciences of a white national audience, a strategy that stretched back to the use of photography in the anti-lynching campaigning of Ida B Wells, was at the core of civil rights activism. In a 1967 interview in Harper’s magazine, Andrew Young, executive director of civil rights organization the Southern Christian Leadership Conference (SCLC) said their goal was “to reach the centre of the nation, to affect the elderly white ladies in Iowa”.

The Student Nonviolent Coordinating Committee (SNCC) was similarly motivated. “Without national exposure and mobilized public opinion, there was no point to the struggle,” argued SNCC’s Mary King.

Seeing with their own eyes how agents of white supremacy operated convinced some white viewers in a way that the written word never could. President of the Louisville Times, Barry Bingham, wrote to television newsman Edward R Murrow that while he had read reports about the white supremacist rabble-rouser John Kasper, he hadn’t believed them until he saw the visual evidence on television.

No room for the big questions

Civil rights activists, however, did not have control of television. The SNCC developed an entire communications department designed to get reports of racial injustice onto the desks of mainstream journalists. But as Julian Bond, communications director of the SNCC, remembered, the challenge was to convince national newsmen that “this is something hot”. The SCLC did this through mass nonviolent demonstrations deliberately planned to disrupt public order and provoke segregationist brutality. The power to outrage white audiences lay in showing them something they did not expect: law enforcements’ disproportionately violent response to peaceful protest.

This strategy has had its problems. Television is not an unmediated window into reality. As media scholar Aniko Bodroghkozy has shown, the largely white, male television newsmen who covered these stories framed racial inequality from their own point of view. Television networks, with one eye on the bottom line, did not want to discomfort their white viewers. Showing footage of obvious southern violence allowed northern audiences to condemn racism, yet still feel good about themselves.

Television, while a perfect medium to capture obvious acts of brutality, was not well suited to explaining the less visible systems that produced prejudice and fostered inequality. White television newsmen could not see and understand the structural issues involved. Therefore they did not show white viewers the insidious ways that racism continued to impact African Americans.

Today the digital age has reduced reliance on a middleman. Smartphone technology has allowed African Americans to shine the spotlight in places camera crews would never reach. Black people can now make the rest of the world bear witness to the way racism shapes their everyday encounters. In 2016 Diamond Lavish Reynolds of Minnesota, to take just one example, was able to livestream the horrific moments after police shot her fiancé Philando Castile having stopped them for a broken tail light.

Still, viewers make meaning of these videos based on their own understandings of how racism operates. While African Americans might look at the footage of police officer Derek Chauvin kneeling on George Floyd’s neck until he stopped breathing and see evidence of a racist institution, some white viewers watch just one bad apple cop. They can remain comfortable, condemning an isolated racist action without questioning the deeper structural problem.

With more and more videos of police brutality going viral over the past few years, it’s becoming easier for a new generation of activists to reframe the narrative. A report from American University’s Center for Media & Social Impact showed that the Black Lives Matter movement has begun to convince more white people to see videos of police brutality against black people not as isolated events but as evidence of ongoing injustice.

Melody Cooper has reiterated that she “wanted to shine a light not just on one person, but on the systemic problem of deep racism in this country that encourages her kind of behavior”. Yet, over half a century of shining lights on racism has not eradicated the darkness of inequality. The question remains: when will white people believe without having to see?

This article is republished from The Conversation by Sage Goodwin, Phd Candidate in History, University of Oxford under a Creative Commons license. Read the original article.

Read next: Advertising is moving further toward digital every day. This training can get you ready