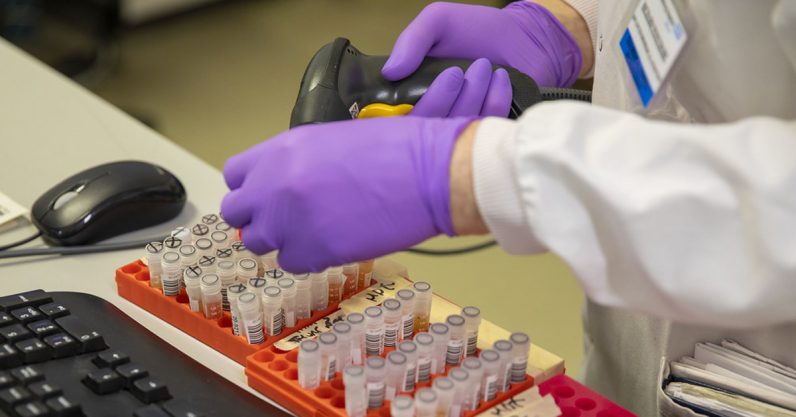 Disease has afflicted humans ever since there have been humans. Malaria and tuberculosis are thought to have ravaged Ancient Egypt more than 5,000 years ago. From AD 541 to 542 the global pandemic known as “the Plague of Justinian” is estimated to have killed 15–25% of the world’s 200-million population. Following the Spanish conquest of Mexico, the native population dropped from around 30 million in 1519 to just three million 50 years later. Today we are battling to control the spread of COVID-19, which has the potential to cause the most deadly pandemic in human history.

There is, however, a little known but highly successful field of science working in the background to unpick the mysteries of infectious disease. As I explore in The Maths of Life and Death, mathematical epidemiology is playing a crucial role in the fight against large-scale infectious diseases such as COVID-19.

With basic mathematical models, researchers can begin to forecast the progression of diseases and understand the effect of interventions on disease spread. With more complex models, we can start to answer questions about how to efficiently allocate limited resources or tease out the consequences of public health interventions, like closing pubs and banning gatherings.

Insights from mathematical modelling are vital to ensuring that authorities can prevent as many deaths as possible. As the COVID-19 pandemic escalates, here’s a look inside the modelling that experts use to try and stay one step ahead of the virus.

One of the simplest mathematical models of disease spread splits the population into three basic categories according to disease status. People who have not yet had the disease are labelled “susceptibles.” Everyone is assumed to be born susceptible and capable of being infected. Those who have contracted the disease and are capable of passing it to susceptibles are the “infectives.” The third group are euphemistically referred to as the “removed” class. These are the people who have had the disease and recovered and are now immune, or those who have died. These “removed” individuals no longer contribute to the spread of the disease.

This is referred to as the S-I-R model. From dengue fever in Latin America to swine fever in the Netherlands and norovirus in Belgium, the S-I-R model can provide vital lessons for how to prevent diseases spreading.

This model illustrates the importance of social isolation for those infected. By staying at home until fully recovered, you effectively take yourself from the infected class straight to the removed class without spreading the virus. This simple action can reduce the size of an outbreak by reducing the opportunities for the disease to pass to susceptible individuals.

Whether an outbreak spreads or dies out is largely dictated by a single number which is unique to that outbreak – the basic reproduction number.

Think of a population that’s completely susceptible to a particular disease – much like the global population in December 2019, at the start of the COVID-19 outbreak. The average number of previously unexposed individuals infected by a single, freshly introduced disease carrier is known as the basic reproduction number and often denoted R₀ (pronounced “R-nought” or “R-zero”).

If a disease has an R₀ less than one, then the infection will die out quickly as each infectious person passes on the disease, on average, to less than one other individual. The outbreak cannot sustain its own spread. If R₀ is larger than one then the outbreak will grow exponentially.

This exponential growth is characteristic of the initial phase of the infection. If the spread was allowed to continue like this, ten generations down the chain of progression, over 1,000 people would be infected. Ten steps further on, the toll would rise to over one million.

In practice, the exponential growth predicted by the basic reproduction number is rarely sustained beyond a few generations. Outbreaks eventually peak and then decline due to the decreasing frequency of contacts between infectives and susceptibles.

Even when there are no infectives left and the outbreak is officially over, some susceptibles will remain. The S-I-R model can provide an estimate of the final epidemic size – the number of people infected at the end of an outbreak if no remedial action were taken. At the lower end of the estimates for COVID-19, a reproduction number of 1.5, means that 58% of the population would become infected. At the higher end of the estimates, with an R₀ of 4, the S-I-R model predicts that only 2% of people would remain uninfected if no action is taken.

The basic reproduction number is helpful for understanding almost any outbreak because it wraps up all the subtleties of disease transmission into a single figure. From the way in which the infection develops in the bodyto the mode of transmission – and even the structure of the societies within which it spreads – it captures all the outbreak’s key features and allows us to react accordingly.

R₀ can typically be broken down into three components: the size of the population, the rate at which susceptibles become infected (often known as the force of infection), and the rate of recovery or death from the disease. Increasing the first two of these factors increases R₀, while increasing the recovery rate reduces it. The bigger the population and the faster the disease spreads between individuals, the larger the outbreak is likely to be. The quicker individuals recover, the less time they have to pass on the disease to others and, consequently, the easier it will be to bring an outbreak under control.

Although crucial for disease control, R₀ does not tell us how serious a disease is for an infected individual. The proportion of infected people who ultimately die from a disease is known as the case fatality rate.

Extremely infectious disease such as measles, with an R₀ of between 12 and 18, has a relatively low case fatality rate compared to the 50–70% of Ebola patients who will eventually die of the disease. As a result, measles is typically considered less serious than Ebola even though Ebola has a much smaller R₀ of around 1.5. Early estimates indicate that the case fatality rate of COVID-19 is between 0.25% and 3.5%.

It’s important to remember that the case fatality rate isn’t fixed – it depends on the responses of society and individuals to the disease, as well as on the demographics of the population it infects. For example, case fatality rates for COVID-19 appear to vary significantly with the age of the patient, with the elderly being worst affected.

Perhaps surprisingly, diseases with high case fatality rates tend to be less infectious. If a disease kills too many of its victims too quickly then it reduces its chances of being passed on. Diseases which kill most of the people they infect and also spread efficiently are very rare and are usually confined to disaster movies.

Although a high case fatality rate significantly raises fears during an outbreak, diseases with high R₀ but lower case fatality (think COVID-19 in comparison to Ebola) may end up killing more people by virtue of the larger numbers they infect.

One of the most effective options for reducing disease spread is vaccination. By taking people directly from susceptible to removed, bypassing the infective state, it effectively reduces the size of the susceptible population.

But vaccination is typically a precautionary measure that is used to reduce the probability of outbreaks happening in the first place. Once outbreaks like the current COVID-19 pandemic are in full swing, it’s often impractical to develop and test a vaccine in a useful timeframe.

Both actions contribute to decreasing the effective reproduction number, which is why social distancing and self-isolation are such important strategies for tackling COVID-19.

One idea that the UK government seemed to be toying within the early days of their response was that of herd immunity – the concept that a large population of immune individuals can slow or even halt the spread of the disease. Surprisingly, this community effect does not require everyone to be immune to the disease for the whole population to be protected. By reducing the effective reproduction number to less than one – ensuring that infected people contact as few susceptible people as possible – the chain of transmission can be broken and the disease stopped in its tracks. Crucially, herd immunity means that people who are immunocompromised, the elderly, pregnant women and other high-risk demographics can benefit from the protection afforded by other people’s immunity.

If a vaccine is available, then herd immunity can be achieved by vaccinating a sufficiently high proportion of the population (that said, we have only ever managed to completely wipe out one human disease – smallpox – through vaccination).

When a vaccine isn’t available, the only way for people to acquire immunity is to become infected with the disease and recover. Given the case fatality rate of COVID-19, this would entail the deaths of many thousands of people. Unsurprisingly, the UK government backtracked on their proposed policy.

The next generation of modelling

In reality, the simple S-I-R model is not complex enough to capture the subtleties of many infectious disease outbreaks. But for diseases which confer no immunity on their victims, a simple adaptation of the S-I-R model can help.

As is typical of some sexually transmitted diseases, gonorrhoea has no removed population at all. Once recovered from gonorrhoea, patients can be infected again. Since no one dies from the symptoms of gonorrhoea, no one is ever “removed” from the population. Such models are typically labelled S-I-S, mimicking the progression pattern of an individual from susceptible to infective and back to susceptible again. Since the population of susceptible people is never exhausted but renewed as people recover, the S-I-S model predicts that diseases can become self-sustaining or “endemic.”

Whether a single infection with SARS-CoV-2 (the virus that causes COVID-19) was enough to provide immunity was one of the main worries for scientists at the beginning of the outbreak. Could the novel virus circulate indefinitely in the population? Although there have been several reports of people catching the virus for a second time, there is also good evidence to suggest that recovered COVID-19 patients become immune.

Another problem with the novel coronavirus is that there is typically an asymptomatic period at the start of the disease. During this time, people can harbour the virus and infect others without showing symptoms themselves. That means we need to add another class of people to the model. These are people who, once infected, are capable of passing on the disease while displaying no symptoms – the so-called “carrier” class. This changes the S-I-R model into an S-C-I-R model. The carrier-class is vital for representing diseases such as HIV/AIDS, which have long infectious periods with no obvious symptoms.

The state-of-the-art models that are currently being used to inform government policy are even more complicated. Unfortunately, even the most detailed and realistic of mathematical models are not capable of predicting when the current pandemic will be brought to heel.

But it is certain that, when we eventually wrest control of the situation, mathematicians and their models will have played a significant role in the way in which the drama panned out.

Read next: After a litany of security fuck-ups, Zoom promises weekly updates