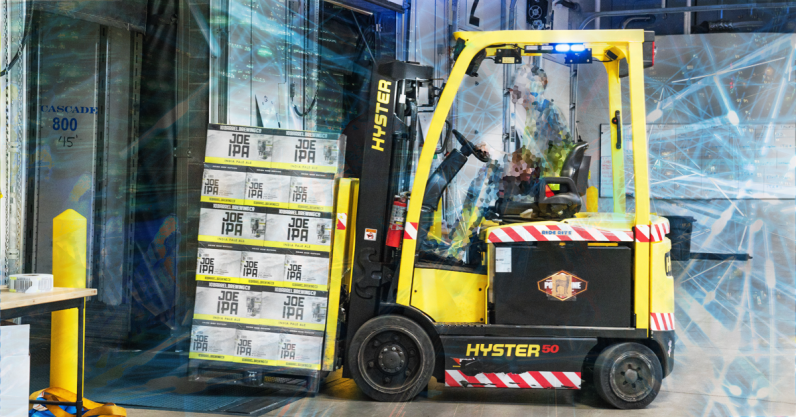 For several years, executives of tech and automobile companies have been promising that fully autonomous vehicles will soon become a common sights in streets and roads. But we’re well into 2019, and self-driving cars are still making stupid mistakes.

In many ways, the short history of self-driving cars is reminiscent of the early decades of artificial intelligence research. Scientists constantly promised that human-level AI (or artificial general intelligence) was just around the corner. But as they dug deeper and deeper, they faced the hard truth that replicating the functions of the human mind is more challenging than we thought.

Seven decades of AI research have not been enough to create computers that have the commonsense and general problem-solving capabilities of humans. But the efforts and innovation have not gone to waste and have yielded advances in narrow AI, the type of artificial intelligence that focuses on solving specific problems. We still don’t know for sure what kinds of problem we will solve with AGI, but narrow AI has plenty of interesting and practical applications.

Again, there’s an analogy with the self-driving car industry. We still have a ways to go before we have autonomous vehicles that can drive in different road, traffic and weather conditions. But the technology is ready for narrow domains, such as driving and controlling forklifts in warehouses and industrial complexes.

In contrast to passenger cars, the challenges of automating forklifts are fewer and easier to master, and they’re already becoming a reality in warehouses and industrial complexes.

The challenges of autonomous driving in warehouses

“The core challenge with automation and AI is that you want to make sure it’s safe,” says Saurav Agarwal, CTO and co-founder at Stocked Robotics, an Austin-based AI company focused on automating industrial vehicles. Stocked Robotics is currently manufacturing AI hardware for automating the operation of forklifts in industrial settings.

Safety has become an increasingly important issue as artificial intelligence algorithms are finding their way into the physical world and in critical domains such as healthcare and transportation. We need to make sure that if AI doesn’t cause damage and harm, especially to humans.

Ensuring safety in autonomous driving is very challenging. Current blends of AI need to be explicitly trained for specific tasks, ingesting thousands and millions of examples to develop a model of the problem space they want to tackle.

Self-driving cars operate in open environments, where there are many variables. They must be able to handle potholes in the road, distracted or aggressive driving of human drivers, pedestrians running in the middle of the street, rain, sleet, snow, and many other situations.

No matter how much training they undergo, self-driving cars will still be facing edge cases that they have never seen before. And unlike humans, AI models are not good at generalizing their knowledge and can’t improvise in unknown situations. Despite having driven hundreds of millions of miles, self-driving cars still struggle to handle simple-yet-unseen situations, such as avoiding fire trucks parked in awkward positions.

The unpredictable and complexity of self-driving cars has also made it challenging to regulate them. For instance, we still don’t have proper rules to define who will be held to account if a driverless car becomes involved in a fatal accident.

In contrast, factories and industrial complexes are closed environments, and are much more predictable. There’s no threat of kids running in the forklift’s path, and the lighting, weather and traffic conditions are usually constant. “The rules for forklifts are easier than self-driving cars because the environment is structured,” says Agarwal.

The goal of Stocked Robotics is bringing the same level of autonomy expected of cars to forklifts. “The challenges are different, but more manageable,” Agarwal says. So while there’s an estimation that it will take another five to ten years for self-driving cars to become a normal sight in streets, Agarwal believes that the forklift industry is ready to be automated today.

The market for automated forklifts

“About one million forklifts are sold every year. But the most expensive item is the operator, not the vehicles,” Agarwal says.

According to Agarwal, forklift operators get an average $50,000 per shift per year. Every forklift is used by more than one operator, sometimes in two or three shifts round the clock. So the operating costs of a single forklift can raise to more than $150,000 per year.

“Compared to the operator costs, the forklift price and maintenance costs are negligible,” Agarwal says.

Another problem with operating forklifts is that industrial environments are often not favorable for human operators, putting too much strain on the driver. There’s already a huge demand for forklift operators, and in many sectors, there’s a shortage of talent.

“These environments are harsh. It’s difficult for people to work in these settings. There’s a large shortage of labor in the warehousing industry. Huge amounts of warehousing space is being added each year,” Agarwal says.

Stocked Robotics automates forklifts by fitting them with its proprietary AI hardware and software. This means the hardware can be installed on existing vehicles of various models and makes and doesn’t require changes to the warehouse’s infrastructure. “There’s already a huge install-base of these machines,” Agarwal says.

Self-driving forklifts take advantage of the extensive AI research done to help driverless cars to make sense of their surroundings. While we’re still chasing the dream of creating fully autonomous vehicles, the advances in artificial intelligence and robotics will enable to automate simpler tasks.

Cameras with computer vision algorithms enable forklifts to detect objects around the forklift. The AI algorithms are also backed by sensors and lidars that create a 3D map of the vehicle’s surroundings and perform tasks such as finding the way around obstacles, navigating an industrial complex, and identify spots to lift objects.

For the moment, Stocked Robotics is focused on automating the use of equipment in the industrial sector. But in the future, the AI can be used in other areas like road construction, shipping, train cargo. “These are all niche markets, but real markets that can benefit from the use of advanced AI,” Agarwal says.

What happens to forklift operators when AI takes their jobs?

The benefits of automated forklift operations are obvious: reduced costs of operation, 24/7 functionality and improved safety. But what happens to the forklift operators? In the past years, there’s been a growing interest (and fear) about the effects that AI and automation will have on human labor. Many economists and tech analysts have warned that the increased use artificial intelligence will cause mass unemployment.

But Agarwal dismisses the notion that AI technology like the one his company develops will put forklift operators out of their jobs.

This means that while humans will not be sitting behind the forklifts most of the time, it doesn’t mean that they won’t have anything to do. While the possibilities in forklift driving and operation are much more limited than cars, the automation is not perfect yet.

Stocked Robotics has designed its solution to work in both AI and manual mode. Therefore, if human operators want to handle a specific situation manually, they can switch off the AI and take over control of the vehicle.

“For the time being, it’ll be a blend of humans and automation. Humans doing the more comfortable, and human-demanding jobs. Robots doing the heavy lifting and automatable jobs,” Agarwal says.

Stocked Robotics provides its customers with a central command where operators can remotely monitor and control the automated forklifts. So instead of working in unfavorable warehouse conditions, the operators will be able to control a fleet of forklifts from the command center. “In the future, we’ll have fully automated factories where humans sit in the control centers,” Agarwal says.

But there will still be less need for forklift operators, just as agriculture machinery reduced the need for human labor in farms.

An alternative point of view toward artificial intelligence maintains that as robots automate the boring and repetitive tasks, humans will be able to spend more of their time doing things that require human interactions and touch, such as creative and artistic work, caring for others, and professional sports.

“It’s a paradigm shift, not a job killer. We firmly believe that humans must focus on creative things,” Agarwal says.

Read next: Here's why your Facebook groups went secret overnight