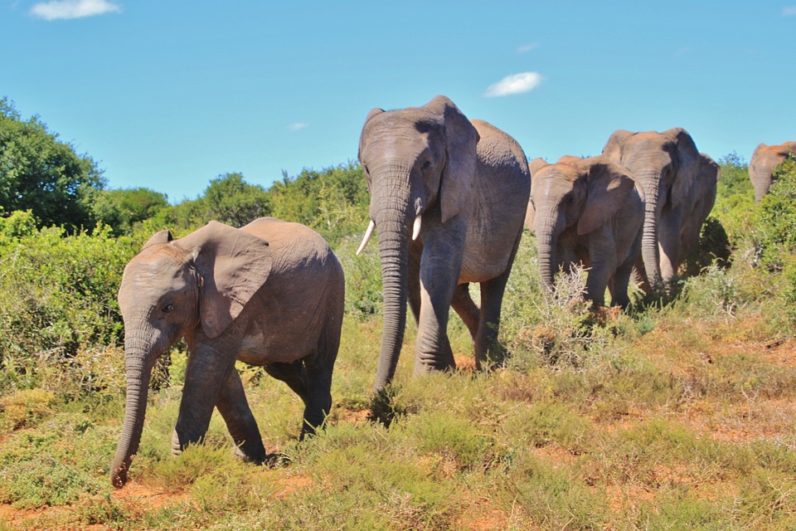 Microsoft Co-founder, Paul Allen, has embarked on an ambitious project that seeks to stop elephant poachers in Afrika using big data. The goal is to ultimately halt the decline of the savannah elephant population across the continent.

To try and achieve this, Allen and his team of conservationists and technologists in partnership with game park managers accross the continent will use the Domain Awareness System (DAS) tool to pre-empt potential threats by ivory poachers. DAS was developed by Allen’s company, Vulcan Inc., and it aggregates the locations of radios, vehicles, aircraft and animal sensors to game rangers and park managers with a real-time dashboard that visualizes the wildlife, the people protecting the animals and he various resources being used to protect them. With this dashboard, DAS users can then detect or pre-empt any illegal activity.

“Accurate data plays a critical role in conservation. Rangers deserve more than just dedication and good luck. They need to know in real-time what is happening in their parks.” said Paul Allen.

In 2016, the Great Elephant Census (GEC) noted that the savannah elephant population had decreased by 30 percent accross the continent mainly as a result of increased ivory poaching. Allen’s team also participated in the GEC which led to the idea for using DAS in the fight against elephant poachers.

DAS is reported to have been installed at six protected wildlife conservation sites since November 2016 and 15 more locations are expected to adopt the system in 2017.

“When we are fully operational by the end of 2017, the system will cover more than 90,000 square miles of protected area,” said Ted Schmitt, lead program manager for DAS.

Schmitt added that in their talks with park managers over the last few years they identified a large gap of the benefit of having a single technology platform that could make great use of the data to direct enforcement efforts and enable deep analysis.

Mike Watson, CEO of Lewa Conservancy where the first DAS installation was deployed in 2016, agrees with Schmitt “DAS has enabled us to establish a fully integrated approach to our security and anti-poaching work within northern Kenya,”

“This is making us significantly more effective and coordinated and is showing us limitless opportunities for conservation applications.” continued Watson.

The GEC counted 352,271 elephants in the 18 countries they surveyed. This number is said to represent at least 93 percent of savannah elephants the 18 countries where the elephant census was conducted. Also, more importantly, the rate of decline of the elephant population in Afrika is estimated 8 percent per year, primarily due to poaching and it accelerated from 2007 to 2014, making the use DAS a timely measure in trying to curb poaching.

According to Vulcan, the visualization and analysis capabilities of DAS allow park managers to make immediate tactical decisions to then efficiently deploy resources for interdiction and active management of their elephant population.

DAS is also used by the Save the Elephants Tracking App, a mobile tool for rangers and researchers.

Read next: YouTube star gets sentenced for playing Pokémon Go in church