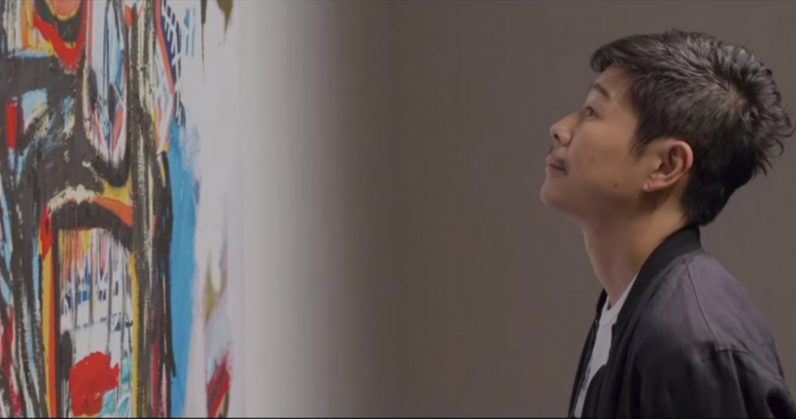 Last week, SpaceX announced it had signed up its first passenger for a trip to the moon. It’s now revealed who that is: Japanese billionaire Yusaku Maezawa.

42-year-old Maezawa is the founder of Zozotown, Japan’s largest clothing marketplace that has operations in more than 72 countries and did $76 billion in sales last fiscal year. He’s the nation’s 18th richest person, with an estimated net worth of $2.7 billion.

Oh, and he also spends millions of dollars collecting valuable works of art, and is keen to inspire artists with this monumental spaceflight – so he’s offering free seats to creators on board SpaceX‘ BFR rocket.

Speaking at SpaceX‘s announcement event, Maezawa explained his decision to go to the moon – and to take artists with him:

I could not pass up this opportunity to see the moon up close and at the same time I did not want to have such a fantastic experience by myself.

That would be lonely. I don’t like being alone. I want to share this experience and things.

I would like to invite six to eight artists from around the world to join me on this mission to the Moon. These artists will be asked to create something after they return to Earth, and these masterpieces will inspire the dreamer within all of us.

The project, dubbed #dearMoon, will see painters, musicians, and filmmakers join Maezawa on his spaceflight in 2023 (he bought up all the available seats). He’s yet to choose the artists who will accompany him.

Here’s a video outlining his vision:

SpaceX didn’t reveal how much Maezawa paid for his tickets to the moon, but CEO Elon Musk noted that his down-payment “will have a material effect on paying for the BFR.” The company’s upcoming reusable rocket is slated to cost $5 billion to develop over the coming years.

Musk added that the firm is more than happy to welcome Maezawa on board its ship – and not just because of the money:

He is the bravest person — and the most willing to do so — and he was the best adventurer I think. He stepped forward to do it. To be clear, we are honored that he would choose us. This is not us choosing him.

Read next: Google improves its song recognition service by using AI from the Pixel 2