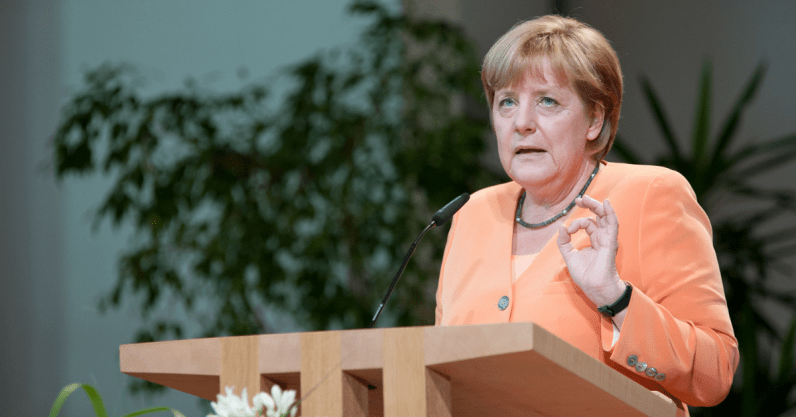 German Chancellor Angela Merkel believes Twitter‘s ban of US President Donald Trump is “problematic” because rules around free speech should be set by lawmakers rather than tech firms, her spokesman said on Monday.

Spokesperson Steffen Seibert agreed with Twitter‘s decision to flag Trump’s tweets, as social network operators have to prevent their platforms from being “poisoned by hatred, by lies and by incitement to violence.” But he argued that banning Trump’s account was a step too far:

Freedom of opinion is a fundamental right of elementary importance. This fundamental right can be interfered with, but through the law and within the framework defined by the legislature, not according to the decision of the management of social media platforms.”

Merkel joins a growing list of prominent European politicians who’ve criticized Twitter‘s permaban of Trump’s personal account “due to the risk of further incitement of violence” following the deadly riots at the US Capitol building.

I think it raises a very important question, which is it means that the social media platforms are making editorial decisions. And that is a very big question because then it raises questions about their editorial judgments and the way that they’re regulated.”

Russian opposition leader Alexie Navalny called the Twitter suspension an “unacceptable act of censorship” that would be exploited by authoritarian regimes.

10. This precedent will be exploited by the enemies of freedom of speech around the world. In Russia as well. Every time when they need to silence someone, they will say: 'this is just common practice, even Trump got blocked on Twitter'.

Navalny suggested that Twitter create a transparent committee and appeals process for such decisions. But Merkel would prefer the US to follow Germany‘s lead and strengthen the regulation of social media firms. social media