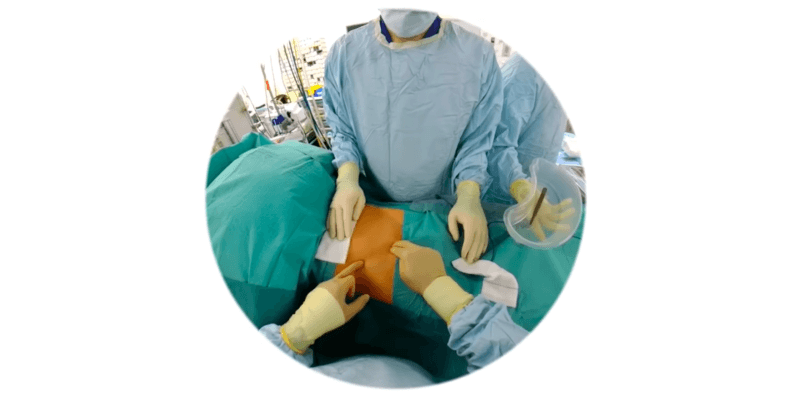 A London-based doctor just showed the world what it was like to perform surgery from his perspective, in real time. Dr. Shafi Ahmed used Snap Inc.’s sought-after ‘Spectacles’ to document a first person view of a recent hernia repair surgery at London Independent Hospital.

Ahmed captured all the action on the $130 Spectacles while providing not only an in-depth look at the procedure, but offering insight into just what it is he’s doing at any given time. He told Time he did it all so his medical students could watch it as a tutorial.

I’ve always thought about the way we teach. How do you use these wearables in the clinical workspace for practice and also education purposes?

During the surgery, Ahmed says 150 to 200 medical students tuned in to his Snapchat Story to follow along. Like other Snapchat Stories, it was then archived for 24 hours to re-watch, or tune in later.

It’s not his first time making news for recording a surgery. In April, Ahmed set up a 360-degree camera to document the removal of a tumor from a patient’s colon. It was, at the time, the first virtual reality medical film.

If you’re squeamish, it’d be a good time to turn away. Here, go check out a different Snapchat story.

Read next: Google's new tool makes it easy to reserve your next spin class