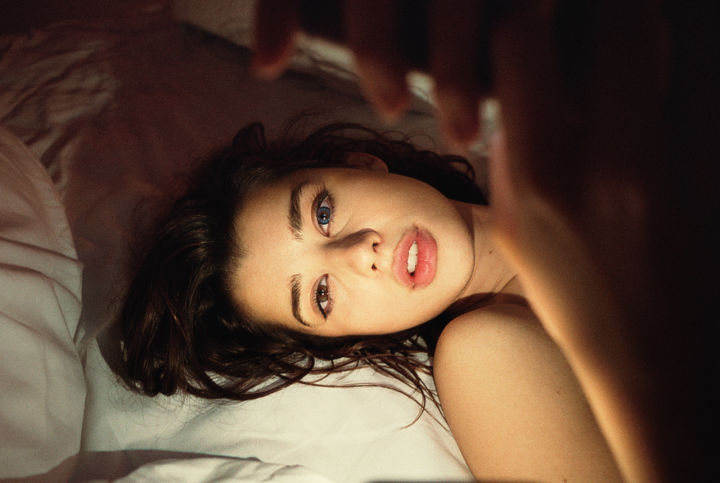 Playboy’s trying to reimagine its mission for the 21st century and, having decided to cover up its models in a bid to lose its dirty mag image and attract new fans, it’s decided to borrow Snapchat’s “intimate” selfie style for its first post-boobs cover.

The cover image bears the signature gray text overlay that’s used a lot in Snapchat. As well as the internet’s own winky face.

Model Sarah McDaniel said of the shoot: “The idea was to look at me from a boyfriend’s perspective.”

Back in October, the company said of its decision to revamp its image: “Yes, we’re taking a risk by going non-nude, but this is a company — like all great companies — that has risk in its DNA.”

At $9.99 per issue, when last time I checked there’s a hell of a lot of pretty girls to look at on the internet, it’s not clear if this hat-tilt to the internet culture that’s killing the print media will save the ailing magazine.

Just remember, she’s not your girlfriend and no one will believe you.

Read next: Apple ordered to pay $625m for infringing Facetime and iMessage patents