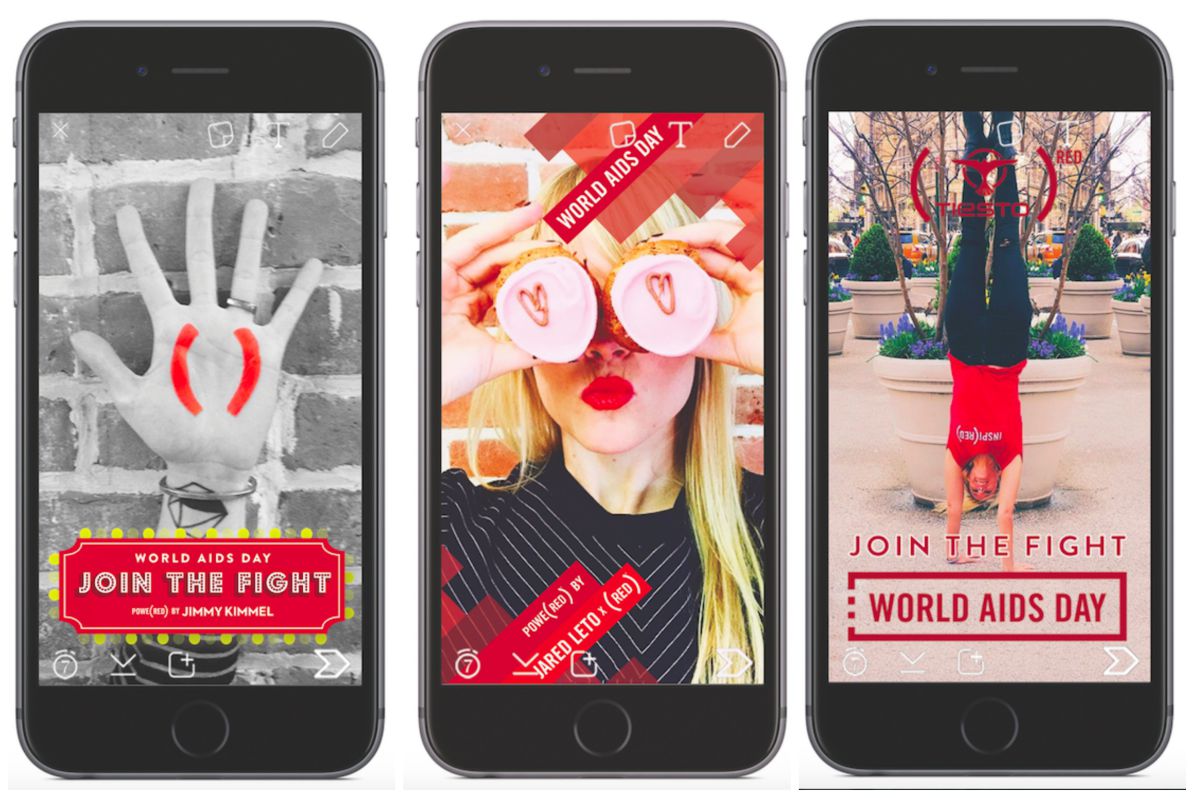 December 1st is World AIDS Day. To help build awareness and raise money for AIDS treatment, care and prevention programs, nonprofit group (RED) is partnering with Snapchat for a new geofilter that will raise $3 for every snap sent on Tuesday.

The donation will come from the Bill and Melinda Gates Foundation, and the filter will go live at midnight PT for the following 24 hours. The three (RED) filters feature words like “World AIDS Day” and “Join the fight.”

The Gates Foundation will donate up to $3 million, which should be an easy figure for Snapchat users to collectively reach. In addition to Snapchat, the foundation will also donate $1 million if a new music video featuring Jimmy Kimmel, Scarlett Johansson, and Barry Manilow is shared more than 333,000 times on YouTube.

If full music videos aren’t your deal, you can also share (RED)’s Instagram clip of the video and the foundation will donate $3 a share as well.

It’s a worthy cause, if not a little unfortunate that it takes a Snapchat selfie to get the new generation to help raise money and awareness for AIDS. But if they’re going to be sharing images on the social network regularly anyway, might as well have one image make a difference.

Read next: This telepresence robot helps people with disabilities explore with their minds