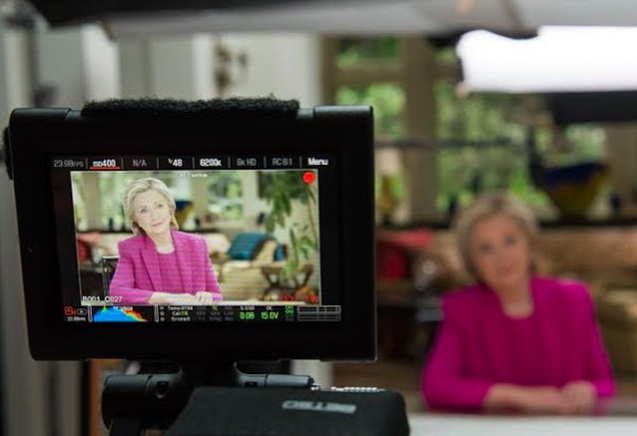 Barack Obama started tweeting as @POTUS last month, now the woman hoping to replace him running that Twitter account (oh, and the United States) has arrived on Instagram.

Until yesterday, Hillary Clinton’s account on the social network was private. Her social media team pulled the covers off it with an image showing a selection of her infamous pantsuits arrayed in red, white and blue.

Her two subsequent posts – a behind the scenes image of her filming a campaign commercial and an advert for her upcoming launch in New York – suggest the account is going to be pretty standard fare from a politician fighting a presidential primary.

The Instagram account for Bill Clinton’s presidential library is where the good stuff resides, like this awesome archive snap of Hillary hard at work on her Gameboy

Seriously Hilary, it’s all about Throwback Thursday. Like back to when you were in the White House…

Read next: The original owner of @POTUS Twitter account was a West Wing fan who let it go

Read next: How to control Google Slides from phone: run presentations from iPhone or Android