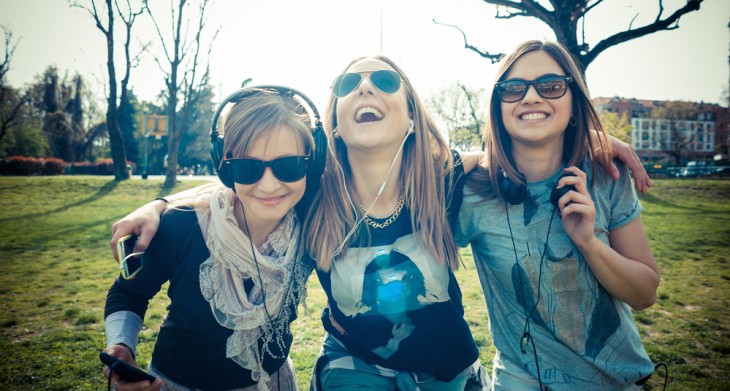 Although influencer marketing is sometimes touted as a newer technique, taking advantage of the way social media has created individuals with incredible online reach and influence, it is – at heart – an old school marketing technique. Human beings have always looked to those they admire for recommendations and inspiration.

Influencer marketing is about connecting your brand or product with individuals who have the influence within that field to reach and engage your end customers. When done well, it can add credibility to your campaign, help to reinforce key brand attributes and give you an ‘in’ with potential customers who, bombarded by content from all angles, may tune out from more traditional marketing approaches.

However, if done badly, influencer marketing can feel forced, incongruous and do more harm than good.

There are many brands that understand how to do this well. As part of the launch of its new product ‘Dark Origins’ Scottish whisky, producers Highland Park worked with prominent individuals in the creative and drinks sector. The campaign pairs Dark Origins with craft beers and as the demographic target for the product: young, tech savvy individuals.

Working with “inventor” of the hashtag Chris Messina made perfect sense. Stephanie Ridgway, US Brand Manager for Highland Park Single Malt Scotch, explained that they chose who to work with carefully.

“We sought to engage with influencers who had not only a very large social following, but a following that was in line with who we wanted to reach,” she said.

The individuals were paid for their involvement in the campaign which the brand believe was very successful, “The program garnered 560,400 impressions and more than 8,240 likes across both the influencer channels and @HighlandParkOfficial,” Ridgway says.

“We were extremely impressed with the results and several of the photos broke engagement records on our handle garnering more than 230 likes and in another instance, nearly 300.”

Often brands will work with individuals purely for one-off campaigns or launches but it can be beneficial to build a longer-term relationship.

Zoe Sugg, aka Zoella, has recently been appointed a “digital ambassador” for mental health charity MIND. The young but extremely influential vlogger has been very open about her own struggles with anxiety and with her reach and online clout she’s in the perfect position to help bring the charities work to a young audience.

In terms of remuneration, companies will either pay influencers for their work and/or compensate them in some shape or form. It’s clear that luxury British watch maker Bremont provides its brand ambassadors with a Bremont watch as part of a strategy to align its brand with certain attributes.

So what do you need to know to make influencer marketing work? Here are four tips to help you develop a successful campaign.

1. Think carefully about your aims and how you will judge success.

For more insights on the kinds of statistics to measure, check out this post.

For example, product sales or sign-ups to an app whereas others are about spreading certain messages. You will also want to look at metrics such as overall reach and message sentiment.

It may be difficult to measure exact attribution so think about how you will judge the correlation between the influencer activity and achievement of your end goal.

The size of your influencer’s online community is important but so is the makeup of that audience.

Ridgway from Highland Park is clear on the importance of brand ‘fit.’

“Regardless of the fact that they are being paid, if you use somebody that wouldn’t normally be speaking to your desired audience or about what you have to offer, the influencer’s integrity might come into question and lessen their influence. In short, use somebody that believes in your brand,”she said. “Synergy is key to effectiveness.”

Influential parenting blogger Tara Cain is often asked by brands to take part in campaigns such as Royal Caribbean Cruises ‘family ambassador’ program.  This meant she was given a family cruise in return for blogging about the trip and adding a campaign badge to her blog.

Brands like Royal Caribbean know that Tara has a loyal online following of other mums, all of whom trust and value her opinion.

4. Work with the brand ambassadors on tailoring the campaign.

Consider working with the individual(s) to create the creative of the campaign, rather than simply approaching them with an idea that is set in stone.

The more authentic their activity is, the more likely it will be to resonate with their online community (and your target demographic).

Depending on the country there may be specific regulations that you need to abide by when it comes to this kind of activity.

Recently, Oreo had one of its YouTube campaigns banned by the UK Advertising Standards Authority because it was not clear enough that the videos created by a number of influential vloggers were part of a campaign for which the YouTube stars had been paid.

The official adjudication on the matter stated that the content of the videos was too similar to that produced by the YouTube stars (and could therefore be mistaken for non-commercial content), and that the statements about them being Oreo videos “did not fully establish the commercial intent of the videos, and because no disclosures were made before consumer engagement with the material, we concluded that the ads were not obviously identifiable as marketing communications.”

Working with influencers can provide very positive results for brands and businesses but it’s vital to give careful consideration to the format and plan of your campaign before you jump into activity.

Read next: 30 actionable tips for getting serious about influencer marketing

Read next: Roku teams up with Insignia and Haier for Roku TV and announces future 4K support