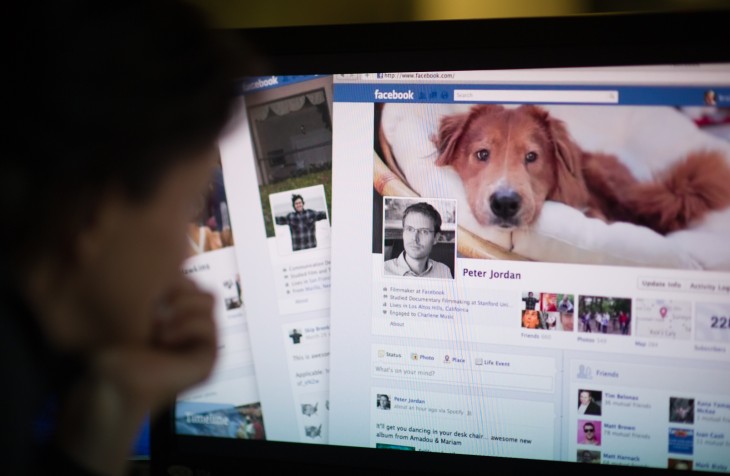 Dr. Liraz Margalit is the Customer Experience Psychologist at ClickTale.

The past decade has been a time of incredible growth for social media, and Facebook in particular. The fact that the site has even topped Google as the most visited site in the US suggests that Facebook has become an integral part of how people connect and communicate with the world around them.

Facebook allows registered users to create profiles, upload photos and video, send messages and – above all – keep in touch with friends, family and colleagues. However, Facebook’s ability to keep people connected is only part of the reason for its massive success.

The truth is that Facebook allows us to connect not only with loved ones, but with our fundamental human needs. The same way that grocery stores are habituated into our routine to meet our need for physical sustenance, Facebook has become a daily destination for millions due to its ability to meet our needs for psychological fulfillment.

Self-esteem is considered to be one of the determinants that shape our psychological well-being. Self-esteem is in large part based on our self-schema, a model that organizes information about ourselves and reflects what we think about, care about, and spend our time and energy on.

Our Facebook profiles are micro-reflections of our self-schemata. In addition to our appearance, they include information about our hobbies, education level, number of friends, things we care about and so on.

Thus, Facebook can unconsciously increase our self-esteem by providing us with the opportunity to reconstruct and control the way we present ourselves to the world. Furthermore, unlike public message boards, Facebook allows us to block any “trolls” whose insults and mean-spirited discourse threaten our self-assurance.

Impression management is the process through which people attempt to influence others’ perception of their image by regulating and controlling information during social interaction. It is considered a key building block in interpersonal communications, with the goal of enhancing desired traits.

First of all, unlike face-to-face conversation, Facebook gives users as much time as they need to prepare a thoughtful or witty status update or wall post. Additionally, the influence of nonverbal behavior is entirely eliminated in the online arena.

As a result, we have developed a set of explicit and implicit signals to help us form impressions of other Facebook users.

The explicit signals consist of clear-cut measurements like number of friends, perceived quality of friends and education level. The implicit signals are more subtle: frequent relationship status updates can imply instability; frequent profile photo changes and new posts can indicate an extroversion tendency, and frequent ‘like’-ing of others’ content can indicate ingratiation attempts.

Furthermore, the decision not to share information like relationship status and gender of interest reveals even more about the user than the information shared!

A 2004 study by Samuel D. Gosling and Simine Vazire of the University of Texas found that Facebook profiles provide the observer with just as much information about the users’ personalities as their bedroom or office. Our initial interpretation of a user’s personality is accurate in most cases, and is revealed within the first few minutes of the interaction.

We put a lot of time and effort into this self-customization because, on a subconscious level, we are reinventing a more positive version of ourselves. This is reflected in the composition of our carefully selected profile elements.

We present our most attractive photos; list favorite movies, music and books that we feel will impress others; and send friend requests to not only our friends and family, but to the people we respect and want to be associated with.

Self-perception theory (SPT) asserts that people develop their attitudes by observing their own behavior and then making conclusions about the attitudes that must have been responsible for the behavior. Thus, the individual interprets his own overt behaviors rationally, in the same way he attempts to explain others’ behaviors.

This helps to explain how one’s own Facebook profile can promote positive self-perception and contribute to our psychological well-being.

Facebook provides extroverts with an immediate vent for their needs and obsessions. Extroverts have been shown to update their profile photos, status, and information they reveal about themselves much more frequently than other users. Thus, Facebook allows them to act out their hidden desires without the fear of being perceived as arrogant or narcissistic.

Imagine a person asking others to look at his photos at a social gathering; he would immediately be perceived as breaking social codes. On Facebook, however, it is considered a legitimate activity.

Facebook has become a habit – a routine of behavior that is repeated regularly and tends to occur unconsciously. The formation of every habit we adopt is triggered by a conscious or unconscious reward, which helps our brain decide if a particular action is worth remembering for the future.

We may originally register on Facebook in order to be connected to our friends but, without realizing it, the site becomes an addictive habit because we discover that it provides us with subconscious psychological rewards. Over time, this loop becomes more and more automatic as it is imprinted in our neural pathways.

Read next: The emotional involvement behind social media interactions

Read next: The power of less: What happened when I removed every inessential thing from my website