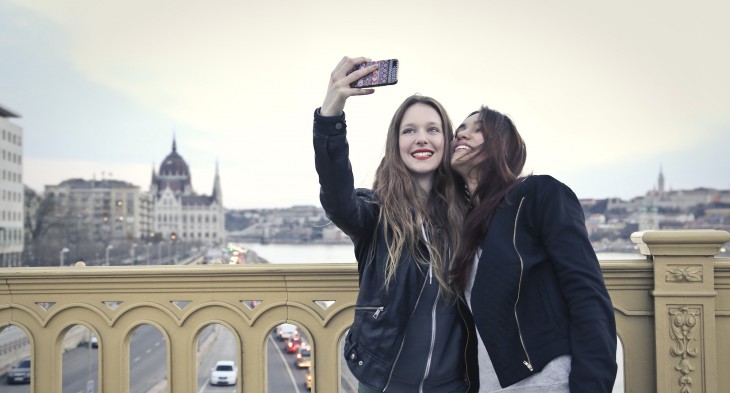 The concept of privacy changed once it went online. What was once a sacred tomb of personal information has been twisted and altered by the digital age, like so many analog and now antiquated concepts before it.

There is a major shift on the horizon though; as users are starting to realize the consequences of freely giving their right to privacy. While we all seem to fear the NSA spying on us (a reasonable, albeit semantically ridiculous fear, as if the government has the proper staffing for that endeavor), we don’t seem to fear the general loss of identity as we give ourselves away piece by piece.

As we fall into the nothingness of complete transparency, we are starting to see movements that seek to reclaim this loss of privacy.

The trend toward control

Even Mark Zuckerberg has changed his tune. Once calling privacy on the internet “no longer a social norm,” the Facebook mogul pointed out (on a conference call to investors) that privacy would be key to the company’s growth.

This change in thinking was apparent with Facebook’s acquisition of WhatsApp, to directly compete with another generally private sharing app, Snapchat.

Users are tired of seeing themselves hacked and exposed on the internet, and want to keep the curtain drawn. The aforementioned apps fit this inevitable realization about what privacy means.

Most recently, Facebook was under criticism again, this time for the automatic upload of private photos. Frustrated users are ready to start paying for the privacy they could or should have maintained in the first place.

“In a certain sense, you can say that the industry of paying for internet privacy is already here,” says David Bakke of Money Crashers. Apps like Confide and Wickr provide private messaging, yet are looking at pay plans for upper tier services. Users are looking at ways to quietly and privately communicate online.

“As companies begin to or continue to collect more information about us and our browsing preferences and so forth, I think you’ll see a growing number of businesses either offering new ways to communicate and surf the Internet in a secure fashion, or featuring ways to pay to eliminate such intrusions on our privacy,” Bakke continues. “And I think you’ll see more and more internet users willing to pay for such services.”

That willingness is growing with every instance of our online privacy being abused. At least, the perception of abuse. Both Facebook and OKCupid have run recent social experiments on their user base, creating animosity and frustration. However, there is an old adage that applies here: if you don’t pay for the product — it means you are the product.

Our recent concerns with online privacy were only heightened when we first heard the name Edward Snowden. The fallout from his brand of spying when it came to technology used for internet interactions was broad and irrational.

In The Edward Snowden Affair: Exposing the Politics and Media Behind the NSA Scandal, author Micheal Gurnow wrote about a momentary exodus from public browsing software, especially when it came to the threat of government intrusion.

Of all of the responses to the Snowden affair by the American public, the most interesting and distinctive was its approach to technology. People quickly set to slaying the 21st-century Argus, the all-seeing Greek god with 100 eyes for which the panopticon was named. Many fled from the US government’s “architecture of oppression,” starting with the companies and products named in the disclosures. Google was replaced by search engines which allow users to surf the Internet anonymously.

Understanding what it means to be ‘private’

So now that we’re ready to pay for privacy, we have to understand our prior expectations of privacy and how we can change them. People expect their “personal” data to remain personal and private. This expectation is set at some point by the site they are entering their personal data into.

The thing is, no one reads the terms of service contracts. When you click the little check box and hit continue, you are agreeing to pages of legalese that pretty much state you don’t have any personal data and you have absolutely no privacy on that site. They own it all. This isn’t true for every site, of course, but a good majority of them.

So, can we just simply disappear from the internet?

The United States Supreme Court is yet to do anything with the concept of the right to be forgotten. Though, both the European Union and the Argentinean court have decided that users do have a such right.

This is the extreme end of loss of privacy; when it becomes an overwhelming need to simply no longer exist in the digital sense. Yet, with online banking and email, can one really be forgotten if they wish to stay current? Not to mention the countless variables with any laws surrounding internet privacy, mostly defining privacy.

Some of those variables have led the House of Lords in the UK to deem the “right to be forgotten” ruling as “unworkable, unreasonable and wrong in principle.” Mainly, a committee of the House of Lords had a major problem with leaving the decision of what is private and what isn’t in the hands of search engine giants such as Google.

Per their report they feel, “that it is wrong in principle to leave search engines themselves the task of deciding whether to delete information or not, based on vague, ambiguous and unhelpful criteria, and we heard from witnesses how uncomfortable they are with the idea of a commercial company sitting in judgement on issues like that.”

David Reischer, Esq. of LegalAdvice.com adds that privacy can mean two different things when dealing with private and public citizens.

“A ‘right to be forgotten’ would surely apply differently for ‘public figures’ as compared with ‘private citizens’ that are not active in the public space. Statements made in the press (or on Google) as concerning ‘public figures’ should not be removed because it would serve the interests of the public to have active debate and discussion for individuals that have thrust themselves into the public sphere,” he says.

“‘Private citizens’ on the other hand that want to be left alone should be entitled to enjoy a right to privacy or a ‘right to be forgotten’ on the Internet.”

Does it suggest a level of paranoia to want to be forgotten on the internet? Are we really revealing that much about ourselves that privacy has become something of an antiquated concept?

Questions like these being asked on a daily basis would lead one to believe that yes, our privacy as private citizens is being threatened by our own avarice for information and to be heard. We all want to become something more than ourselves, and social media has given us that platform to do just that, or at least try.

Perhaps this is why paying for privacy is just the solution many of us are looking for. We have proven that we need controls in social media, just like our children need parental controls on their digital devices. Putting that filter on our content, our so-thought personal data, is the inevitable evolution of social media sharing.

Yet, who is to say that the company you are paying for privacy isn’t turning around and selling demographical information to the highest bidder? Paranoid, sure. Possible, yes.

When it comes to internet privacy, the bottom line is to only put data on the internet that you are comfortable with being shared, viewed or sold by people that are not you.

In this era of social media and sharing, there are numerous cases of blatant ignorance. We need to educate ourselves by reading those pesky terms of service contracts, noting which sites are sharing and which ones aren’t. We need to be vigilant as to what kind of personal data we’re so eagerly sharing with the world.

What we think is personal or private is nothing of the sort. This isn’t the era of anonymous chatting about pets on AOL and trolling the forums anymore. Big brother and anyone with a buck to make off you — is watching.

Read next: July in Africa - All the tech news you shouldn’t miss from the past month