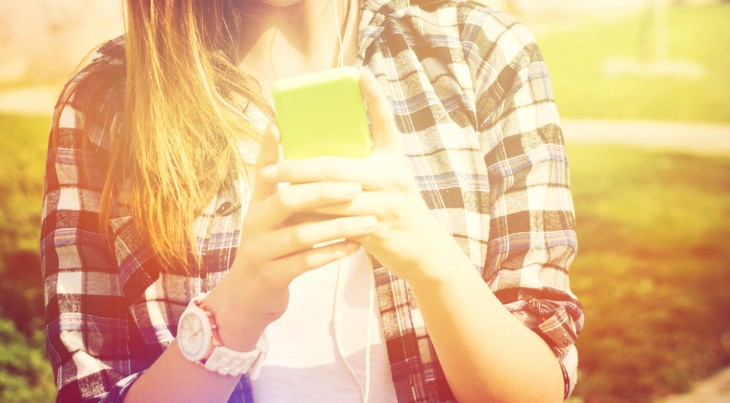 A marker of 21st century adult life may be the eternal debate about whether to “disconnect” once in a while, but for children the question is a far more serious one.

Born into the digital age and exposed to technology and the internet very early, this generation of kids are effectively guinea pigs in the lab of life. How – and when – will we know how much is too much for developing minds?

“The proliferation of cell phones, social media and apps among kids has changed the way they interact each other and content online,” says ThirdParent co-founder Rob Zidar. Thirdparent specializes in internet safety for kids, and Zidar adamantly believes early over exposure can be detrimental.

“Kids are exposed to content created by or intended for older audiences,” Zidar continues. “Kids are also interacting with social media at an earlier age. Tweens are being introduced to sites like Facebook, Instagram and Snapchat and can feel pressure to become active on those sites. They witness things like cyberbullying or posting inappropriate selfies at an earlier age than parents might think, and in some cases they feel a pressure to ‘fit in’ and emulate those actions.”

What this is creating is ‘irregular maturity’ in children. With the availability of pretty much everything at the light touch of a finger on a portable device, parents are missing opportunities to help their children understand the world they are accessing.

There tends to be a technology disconnect. Parents, who didn’t grow up with the tech they are using and handing to their children, trust their kids with technology that has a very thin line. When that line is crossed, it can create patterns of obsessive behavior that can lure even the most well-educated child into a harmful relationship.

While many parents do their diligence and enable parental controls and check on their children, this generally does little to stifle the influx of available data that streams through mobile devices. Basically, it is hard to predict what children will come across on the internet, and blocking it completely never seems like an option since our reliance on it is so complex.

Defining or coming to any clarity on what constitutes ‘adult’ or inappropriate content these days is difficult, to say the least. You’ve all been on the internet. One second it’s innocent boredom; the next it’s weirdness. There are surprises around every corner.

Overuse and exposure to material beyond their level of comprehension is creating the next generation of socially incapable adults.

She continued with an example of the effects of such young exposure.

“He takes jokes personally, he cannot read body language when people are irritated with him, he cannot communicate his thoughts and feelings while in a disagreement.

“Now that the young adult population raised on technology has bloomed, there is much to be learned from a therapeutic, parental and psychological point of view. Having watched young children over the years, it appeared to me that, at age four, for example, children developed body twitches, ticks and wrinkled brows from stress and excess concentration of the computer screen. The young adults who come now, demonstrate these visible signs of stress.

“In addition, more and more of the young adults who come to therapy after extensive technology use display a lack of a sense of reality and spend most of their time in fantasy worlds emotionally, mentally, socially even sexually.”

A new world of brain cues

Children over stimulating their young brains with too much access to internet capable devices not only develop language processing and communication, cognitive flexibility, emotion recognition, social and executive skills — they end up lacking perspective in a 3D world.

Their high exposure to 2D images and text results in an undeveloped visual spectrum. Handing our children iPads at two years old, or smartphones before they are out of primary school might seem like keeping up with the times — but it is also forcing our children to be tech dependent mind slaves instead of simply children. We might be facing an epidemic of maladjusted and irregularly mature kids quite soon.

Says Dr. Brezinski, “Those of us who see youths and young adults afflicted with these problems would say that we are reaching epidemic proportions NOW on the afflictions caused by technology.”

Before it’s too late

So what can we do to ensure our kids grow up only as psychologically damaged as we make them and not affected by technology?

In order to avoid irregular maturity we do have to guide children into the tech heavy world of the 21st century. This comes from attentive aware parenting. Explaining that Facebook is a way to stay in touch with people you hated in high school might be a good start.

Define needs versus wants. There are teenagers hunched over, ignoring the world and letting their social awareness circle the drain as they play a finger flicking game on their smart phones. This cannot be good for society as a whole.

Ask any teenager who’ll let you browse the Instagram accounts of their friends and it won’t be long before you find twelve-year-old girls in bikinis in sexy poses.

Not only do their parents have no idea what is going on, but these children have no cognitive grasp on what is going on. They see the adult behavior in social media, and feel they have to emulate it rather than understand and grow into it.

“If this use is long term or compulsive, this can create sexual dysfunction issues in that a live, static human being is no longer arousing.”

In order to help children adapt and understand technology use we have to swallow our perception of what it’s like to be a kid. Yes, we were kids once, but the environment changed. They are growing up in a 24-hour news cycle, world news and Middle School gossip. They are all going to have hunches and thumb carpal tunnel because of the texting.

They are going to see things that their minds can’t handle with rationality and maturity. Our involvement has to trump the influence of technology.

We also cannot discount technology use in children. From schools using tablets for learning, to smartphones helping us keep in touch and feel safer about our kids — proper technology use has its place with the younger set. They are going to say, do and be exactly what we don’t want them to be.

At the same time, and with our involvement, they are going to be who we want them to be; with a moral compass that hopefully points to a reasonably mature magnetic pole.

Read next: How companies are tracking their best people without becoming big brother