DJ Saul is the CMO at iStrategyLabs.

Perhaps it’s because I can toss a business card across the table with the accuracy of Peyton Manning that I often get asked to speak about the idea of “networking” or how to become a “superconnector.”

That said, the word “networking” often connotes the transactional, disingenuous side of relationship building. At the end of the day, one of the best ways to build and strengthen relationships is to provide selfless value to others.

Here’s what not to do, and what you should be doing instead:

You are doing it wrong 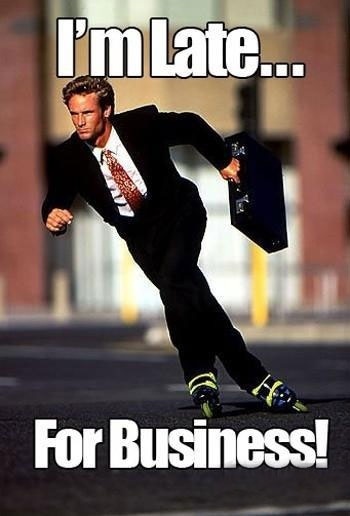 The business card collecting, name-dropping, sales-driven types might be good at filling out a rolodex, but they’re too quick to ask for value (or simply to try and sell you something) instead of seeking to provide value (an idea, a connection, an opportunity, etc.).

Too often are they demanding value in an email exchange (like calendar spamming), rather than simply creating it.

Many have written up great advice on this front, from the likes of Steve Blank on “How To Get Meetings With People Too Busy To See You.” Some even offer actionable recommendations and exercises such as James Altucher — who has a simple list of skills required to become a superconnector.

The main message is to provide real value to build real relationships. Here’s a dead simple way to get started: introduce two people you know to each other via email (two people who you know would both enjoy or find value in connecting with one another).

Instead of #FollowFriday, let’s call this approach #IntroFriday. Here’s an example:

If you’re 100 percent confident that both parties will indeed be interested in meeting the other, then go ahead and let it rip. If you’re not, send them individual notes to see if they would in fact be interested in the connection.

Through practice, you will sharpen your radar and develop better intuition for future intros.

If you don’t have an intro to make, email someone you know and ask what types of intros would be beneficial to them (an investor? a designer? a plumber?), and remember it for the future. That’s it. I guarantee if you practice this, something positive will come from it… and sooner than you might think.

If it doesn’t, I’ll buy you a cup of coffee.

Read next: To-do lists? Really, there's always been an app for that